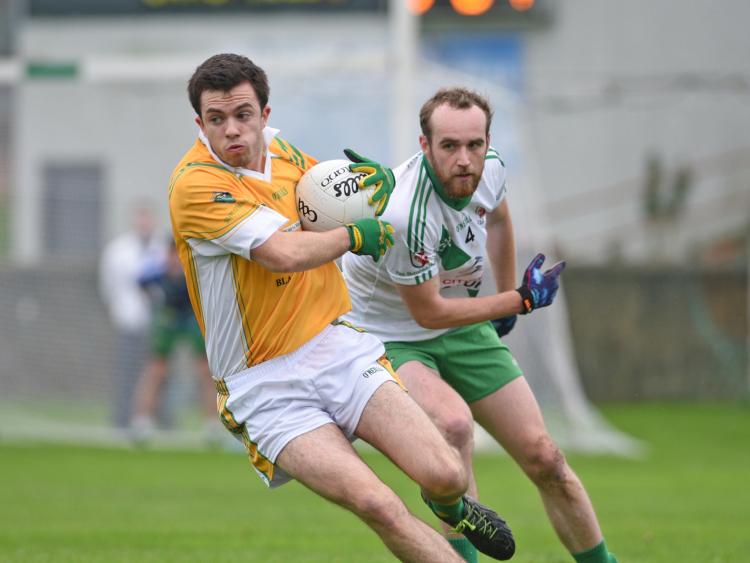 The 2019 Division One campaign commenced in Fr. McEvoy Park on Sunday morning where Sean O’Mahony.s turned in a gritty display to return home with the points.

That was due largely to a sharper attack where Stephen Kilcoyne and Conor Finnegan landed some important scores, while a battling defensive display in the second period ensured that Cooley were unable to bridge the gap.

O’Mahonys’ preparations were disrupted by the absence of a number of regulars through injury and they needed all of their battling qualities when they were further hampered by the loss of both Shane Brennan and Shane Kerrigan to injury.

Despite those setbacks, the Dundalk men began well and where three points up in the opening quarter. Scores from Brian White helped Cooley get back into the game, but, at the break, they were trailing 0-7 to 0-4.

Proceedings remained tight in a low-scoring second half, but O’Mahony’s managed to keep Cooley at arm’s length and thanks to come disciplined defending they held out for a two-point win.