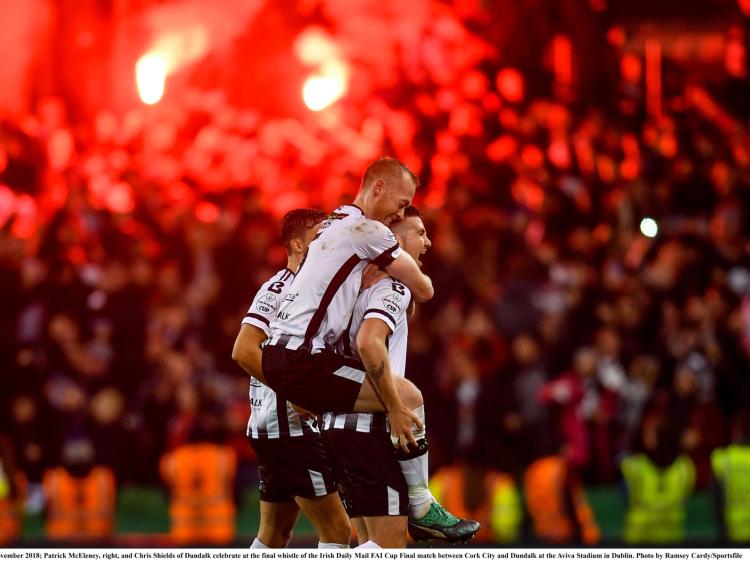 Old foes Dundalk FC and Cork City are set to battle it out in a potentially crucial early-season SSE Airtricity League Premier Division clash at Oriel Park this weekend. But goalkeeper Gary Rogers insists “there are no medals handed out” just seven matches in.

Shamrock Rovers have stolen a march at the top of the table having played two games more than their rivals, albeit both against bottom team Finn Harps. Greg Bolger heaped pressure on his former clubs ahead of their latest duel with an 85th minute winner for the Hoops in Donegal last Friday, to send them seven points clear at the summit.

While two in the hand is better than one in the bush, Dundalk remain the only unbeaten team in the top-flight and will be confident of closing the gap on Rovers when the opportunity arises. Stephen Bradley’s pacesetters welcome lowly UCD to Tallaght Stadium this weekend as they look to take further advantage of a fixture list which has fallen kindly for them.

Cork lost their opening two games, but are now unbeaten in their last four. They sit in fourth, two points behind Dundalk. If past form is anything to go by, the Leesiders may make the long trip north content to take a point back with them. However, given the current state of the standings, Vinny Perth will want all three.

Still, there is no panic emanating from Oriel Park. “We still have plenty of games to play – there are no medals handed out at this stage of the season,” Rogers insisted. “There is a long way to go. We just have to look after ourselves. We will get our games down the line and we have to do the business when that comes around.”

Looking ahead to Cork, who Dundalk have already beaten in the President’s Cup this year, the experienced stopper added: “It’s a terrific game to look forward to. I think Dundalk-Cork games always have a good edge to them. We’re hoping there will be a great crowd in Oriel Park, that we can put on a good performance and get the right result.”

Seán Murray – who helped Watford to win promotion to the English Premier League four years ago – is quickly becoming a fans’ favourite, with the midfielder hitting three goals in his first six appearances. That is despite carrying a groin injury, which the club’s medical team have been careful in managing.

The 25-year-old is keen to continue his fruitful connection with striker Patrick Hoban. He said: “It’s good having a player like Hoban, who is getting goals himself, but he has set me up for two. We have got that partnership going. Hopefully, it can be a good one and we can carry on with it. We can get a lot of goals from it.”

Tickets for Friday’s much-anticipated meeting are on sale through the club’s official website, dundalkfc.com, as well as from Oriel Park during office hours.