INSIDE TRACK | Joe Carroll asks 'what happened on March 26, thirty-six years ago?' 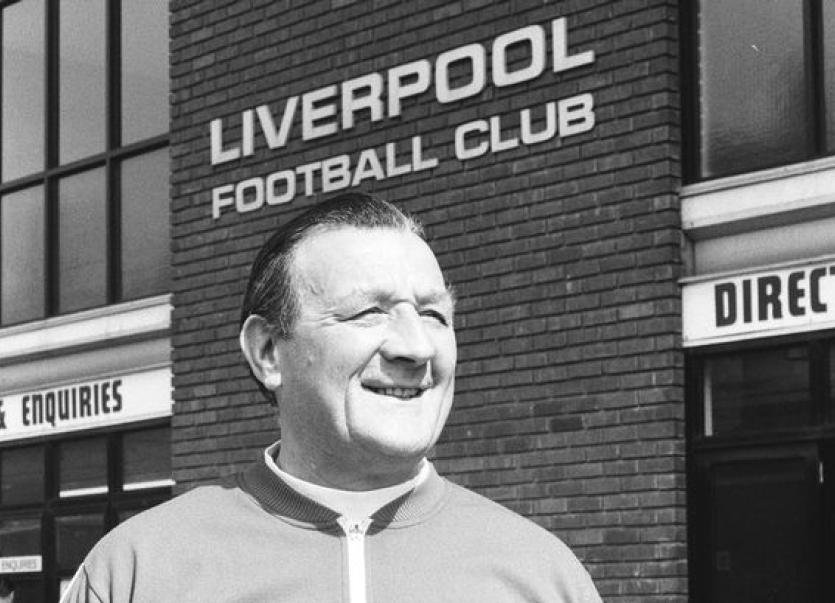 Bob Paisley was extremely successful during his spell as Liverpool manager.

The Puddle Partisan I was talking to would need to have been right on top of his game to answer the one I threw at him the other day: “What happened on March 26, thirty-six years ago?”

He got one very tiny part of the answer right. “It must have been something to do with Liverpool when you’re asking me that question.” Then, after been given a few clues, he came up with something else that was right, but nowhere near what I was looking for. It came in the form of a question of his own: “Had it anything to do with Bob Paisley?”

Of all the trophies Paisley won in his glorious term as successor to Bill Shankly, the 1983 Milk Cup was the least prestigious. It wasn’t without significance, however. His reign was coming to an end - soon after the 2-1 extra-time win over arch-rivals, Manchester United, he stepped down, handing over to Joe Fagan, who couldn’t have had a better apprenticeship, learning from both his immediate predecessor and Shankly. Joe was an instant success, trading his wares with, admittedly, the strongest ever Liverpool panel.

My PP pal couldn’t tell me, but it must have been known Paisley was quitting, because as he was leaving the Wembley pitch, one of his greatest signings, Graeme Souness, insisted on him going up the 39 steps to the most famous podium in English soccer to receive the Liverpool supporters’ acclaim.

Paisley was nine years at Anfield, and during that time he created history by becoming the only manager to win three European Cups (now the Champions’ League), and also six league titles and a UEFA Cup (The PP knew all that). Success was made possible by some astute trading in the market. He brought in Souness, Kenny Dalglish, Alan Hansen and Ian Rush and made a defender out of Ray Kennedy, who’d been bought from Arsenal by Shankly – on his last day at Anfield – to fill the role of striker.

The PP agrees: It’s only when you read of past Liverpool managers’ achievements – and you can throw in Dalglish with the Three Amigos – that you realise how much pressure recent-year role-players come under. That aside, there hasn’t been a better chance than the one now on offer to end the Premier League drought.