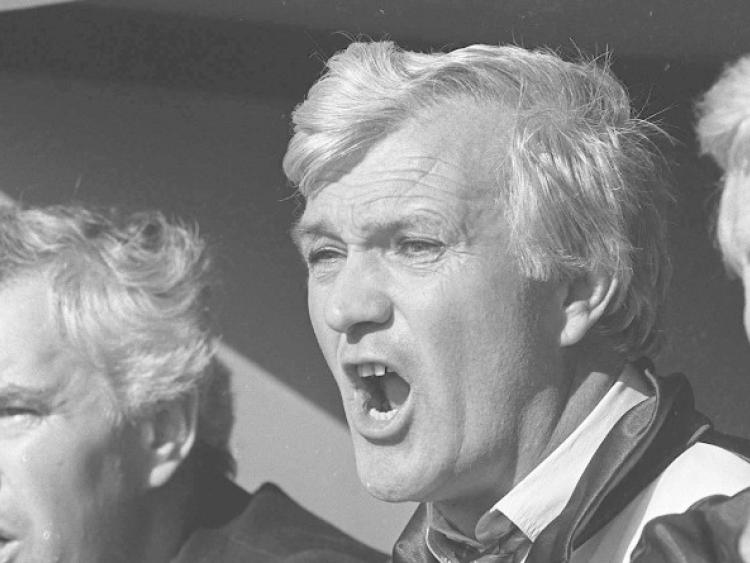 Turlough O'Connor was Dundalk FC manager in 1993 when the Lilywhites defeated Derry City 4-1 at the Brandywell. (Pic: Ray McManus/Sportsfile)

The most worrying thing about Dundalk’s disastrous start to the season, is that the two defeats have come at the hands of clubs not expected to do well in the Premier Division. Who could have forecast that Dundalk would lose at home to Drogheda United and Cobh Ramblers?

Of course, the fact that only one of the players has yet to score a goal explains a lot. It was evident from the first match of the National League there was a problem in that department.

Against Shamrock Rovers, Dundalk had the winning of the game, but while doing well in other parts of the field, there was a distinct lack of thrust up front.

WORSE
It was even worse against Drogheda. At times Dundalk were all over their opponents, but simply couldn’t stick the ball in the net. Barry O’Connor made Dundalk pay for that wastefulness with the only goal of the game.

Limerick have a poor recent record against the Lilywhites and it didn’t improve after Dundalk’s visit to Rathbane. However, we all know by now that the three points came courtesy of an own-goal.

The visit of Cobh Ramblers to Oriel Park last Sunday was the perfect opportunity for Dundalk to regain their confidence.

Everyone thought so, including the bookies who installed Dundalk as 2/5 favourites with Cobh at 5/1.

BEHIND THEM
A listless performance helped Cobh secure a 2-0 win, their first of the season. Yet again, Dundalk could have won had some of the scoring chances been snapped up.

Turlough O’Connor and his team will be hoping to put those displays behind them, but a glance at the fixture list shows there could be more troubled times ahead. Some of Dundalk’s future opponents will be much tougher propositions than Cobh and Drogheda.

Next Sunday Dundalk play Shelbourne and then in October there’s Cork City and two clashes with Bohemians. Before all that, however, Dundalk must travel to the Brandywell tomorrow for their clash with Derry City.

At the start of last season Derry experienced a similar goal drought to Dundalk. Mark Ennis, who was signed from St. Patrick’s Athletic, proved a big disappointment.

All the same, Ennis will have to be watched closely as will Liam Coyle who has made such a big impact since returning to the team. Coyle was a tremendous prospect a couple of years back, before a serious injury threatened to end his career. He’s battled his way back and has already scored two league goals.

NOT PLEASED
Manager Roy Coyle wasn’t too pleased with his team’s performance last Sunday against Shelbourne at Tolka Park, when they lost 2-0. He accused the players of making ‘schoolboy errors’.

Coyle pointed out that Derry (like Dundalk) are six points off the pace (set by Cork City) after just four games. So he’s certain to be looking for an extra effort tomorrow.

Dundalk need to stop the rot as quickly as possible. All the same it’s difficult to get enthusiastic about their chances. Maybe a draw is the best we can hope for.

THE RESULT
The Lilywhites clearly paid little heed to The Democrat’s pessimism, however, as they recorded a 4-1 win on Foyleside.

THE SEASON
Shamrock Rovers won the league title, ahead of Cork City and Galway United, while Derry finished fourth. Dundalk, meanwhile, closed in eighth - 10 wins, 13 draws and nine defeats across their 32 outings.