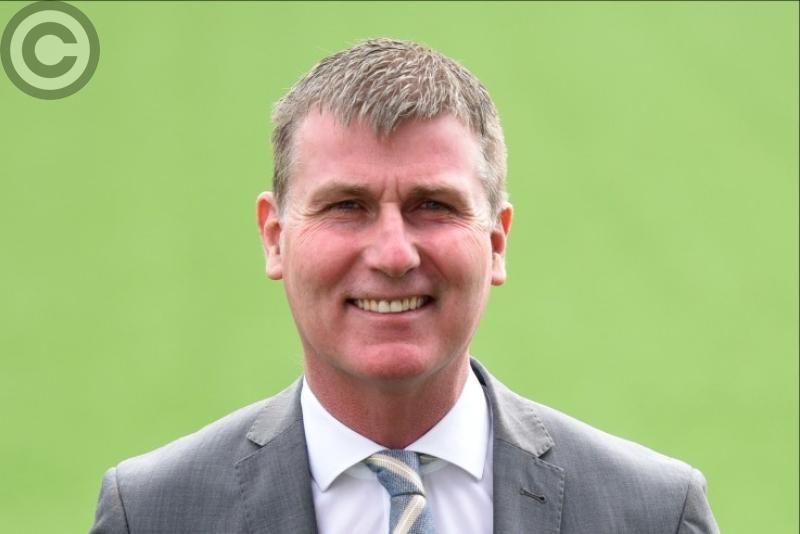 Oriel men and women I’ve met over the past week can’t seem to come to terms with Stephen Kenny’s departure. One of them, Jim McCourt, probably spoke for a wider audience than the one I connected with when he said he “couldn’t see it coming”.

“I knew his name was being linked with the Republic job when it became obvious Martin O’Neill would be going, but when Mick McCarthy entered the frame, I thought that was it – he’ll get it and Stephen will be staying at Oriel,” said Jim, who, with over sixty years of heading up the Carrick Road would be a shoo-in if ever an accolade is awarded to Dundalk’s longest-serving supporter.

As is well known by now, Stephen Kenny is to take over the running of the Republic’s U21 team, and then in two years’ time will succeed McCarthy in the senior post. It’s an arrangement that’s without precedent in International football, and also, it must be said, not without its dangers; but putting their own, narrow perspective on things, some Dundalk fans are perplexed if not a little angry.

If, like others, Jim was feeling disappointed by the manner in which Kenny handled the situation, he’s not displaying it. “I hope it works out for him,” he said. “He’s been great for Dundalk, and that can’t be denied. What a loss he’ll be to Oriel.”

Other fans, however, thought the former team boss should at least have kept the players in the loop. Said one of them, who is close to the camp: “When Kenny didn’t turn up at Stephen O’Donnell’s wedding, they (the players) smelt a rat. Their worst fears were confirmed when the news became public. I don’t know how much they knew before that, but the impression I get from a few of them I’ve been talking to is that they thought he’d be staying.”

If Dundalk can take any solace from the situation, it is its timing. Had it happened a few months ago with the season in full flow, the team’s prospects wouldn’t have been enhanced with questions of will he or won’t he being thrown around.

Against that, the FAI may not have approached Kenny at that juncture, instead devoting their attention to cross-Channel and maybe leaving Noel King in charge of the U21s.

It’s interesting that it was the underage carrot John Delaney first dangled in front of Kenny - had he been willing to accept that minor role alone, he might still be at Oriel. But the former Dundalk boss wanted more, much more, and got it.

Jim McCourt is hoping that when it comes time for Dundalk to begin the defence of their crowns he and others will be looking forward, not back. He does, however, want to acknowledge the past six years. “I will never forget the Kenny era.”

It was the best in his six decades-plus attending “chapel Oriel”, as he puts it.