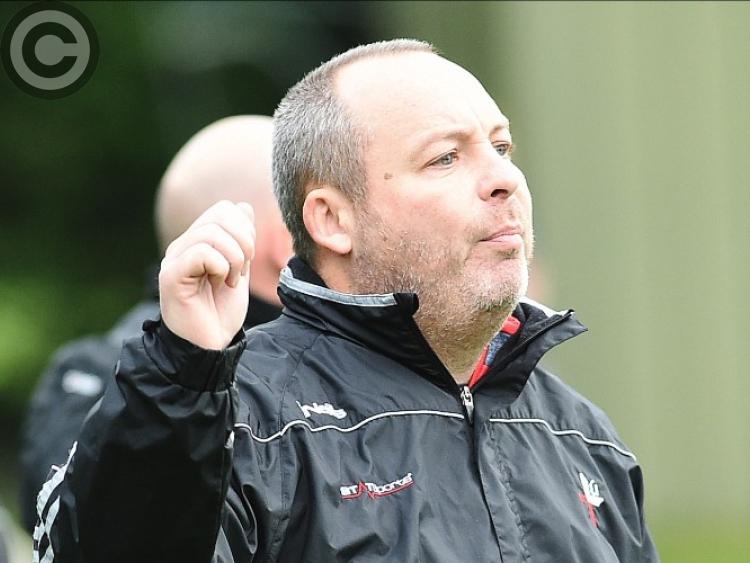 He stood to the right of Pete McGrath almost 12 months ago, arms folded, issuing the Louth players with instructions from the sideline in Darver, wearing his O’Neills garment of choice, a body-warmer resemblant of a bullet-proof vest.

Following the challenge match defeat to Meath a fortnight ago, Wayne Kierans faced your writer and Brendan Cummins of LMFM. The line of questioning wasn’t too strenuous given the subdued nature of the affair which had gone before, but he was clearly nervous.

Results will ultimately dictate whether he should need to wear an actual missile repellent in his exchanges with the media; some of whom, like many supporters, turned against his predecessor in light of several limp displays.

McGrath lost his competitive opener, to Longford in the O’Byrne Cup last December, and that set a despondent tone. The same could be said for Colin Kelly’s first season at the helm where a miserable performance in Kildare was logged as the first of many 2015 write-offs; relegation from Division Three would follow.

A win over Wexford on Saturday would be the ideal scenario, prior to the following weekend’s visit to Wicklow, especially as this county’s recent record against the Slaneysiders is not good, although meetings haven’t been all that plentiful. The teams convene in the Leinster Championship in May, so it would be good to approach that one, when the time comes, with some knowledge of the men from the province’s most southerly contender. Their spring destiny lies in the bottom tier, with the Reds a category above.

Both are members of three-team groups, but while the outcome of Louth and Wexford’s meeting will count towards a possible semi-final berth, they’re essentially the odd ones out. The Wee County’s pool colleagues, Wicklow and Longford, will meet on Saturday too.

Louth’s third match of the competition will wait until the new year, a visit to the Midlands comes three weeks before they open their Division Three account, incidentally, against the same opposition.

Thus, Kierans’ over-riding focus is on the league; though he’s commanding performances from his charges in the upcoming games, particularly consid- ering he has to cull his 38-man listing to somewhere closer to 30 into the new year.

“It’s a competitive game; so that’s the way we’ll be treating it,” he says of Saturday’s fixture. “It’s not the most important game in terms of what’s at stake, but it’ll be important for us for our preparation for the league.

“We want to win the games, and build that habit, of course we do, but the result is not the be all and end all; whereas a National League game, if you go out and have a brilliant performance, but lose, you’d be very disappointed.

“A performance is really all you’re looking for in the O’Byrne Cup.”

The clash with the Royals, organised to mark the official opening of Oliver Plunketts’ new clubrooms, served its purpose, Kierans admits, in that several newcomers got their maiden opportunity.

Philip Englishby was rewarded for his fine club form for St. Mochta’s with a recent call-up. He also looked capable of performing at the grade on the most recent evidence.

Furthermore, it was encouraging to see Ryan Burns (1-4) and Tadhg McEnaney (0-3) in scoring form.

In the absence of Dundalk Young Irelands’ Fergal Sheekey and Derek Maguire, and with established campaigners in Declan Byrne, Anthony Williams and Andy McDonnell yet to fully return, alongside last season’s bright sparks, William Woods and Emmet Carolan, Kierans will be working with a similar panel to the one that took on Meath, which suggests full debuts for a few of the aforementioned.

This, the manager feels, is not a bad thing.

“It will be a case of getting people game-time. Guys are training flat out at the moment whereas we have other panel members who are yet to come back to us.

“We have two games before Christmas, they’re great outings for us to get our team together. The one after Christmas is three weeks before the National League so it’s a great opportunity to prepare for that and we would maybe have more bodies back for that one.”

Ideally, he accepts, Louth would be involved in the knockout stages of the O’Byrne Cup during that interval. Kelly used the competition of ’17, when Louth last reached the final, to prepare his troops for a Division Three promotion push, one which ultimately proved to be successful.

The fixture calendar is favourable in any case, Kierans reckons, especially in comparison to the one 12 months ago, when the Reds played their opener between Christmas and January.

“Last year was a bit crazy,” he adds.

In many ways, Saturday’s affair is all about Kierans. His first ‘real’ match at the helm is one to be filed away in his annals of sentimentality. Its classification of memorability may be determined by the outcome, though.