Cals and Jenny a cut above the rest in ‘Barber’ stake at Dundalk Stadium, writes Joe Carroll 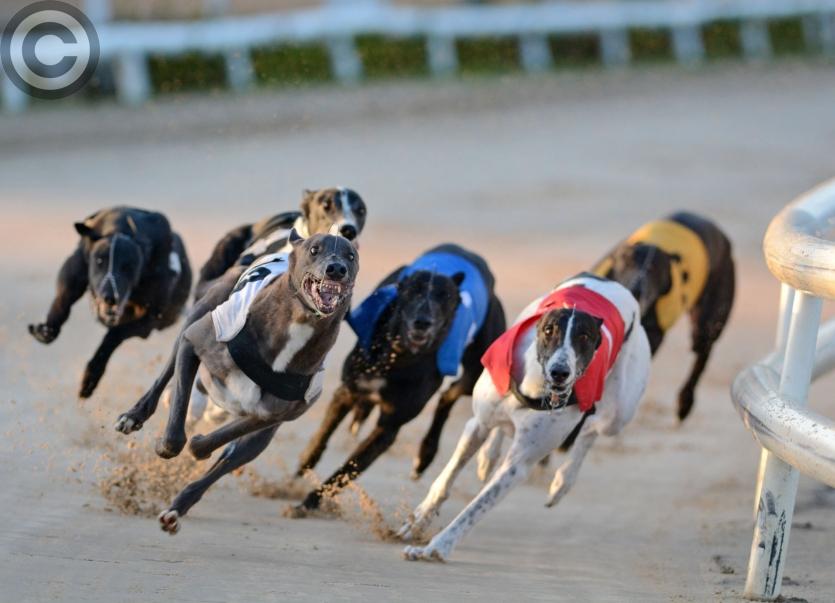 Cals Talent and Pacific Jenny maintained their unbeaten records in the second round of the valuable Barber Kennels ‘Thank You’ Bitch 525 competition at Dundalk Stadium, the former almost matching the time she recorded in the opening session.

The Coleraine runner came in with 28.87 after leading from flag-fall, while Pacific Jenny availed of a slick run around the opening corner to build a race-building lead. Thomas Hamill’s Dungannon representative won by almost three lengths, going faster than she did in the opening round.

Neither Pacific Jenny nor Cals Talent, however, had the fastest clocks. This was Leemount Venus’ preserve. As mentioned here last week, this Donegal-based tracker didn’t have the clearest of runs in the opening round, but still managed to finish a close-up second.

But this time she was very fast away and after leading into the back opened up impressively to win by five lengths from the Laurence and Brian Jones runner, Speed Chime, in a career-best 28.74.

Groveshill View and Matilda Jane are the only other locally-based qualifiers for Friday night’s semi-finals. Seamus Casey and Arthur Boyle’s Groveshill ran on well to take second behind the all-the-way winner of Heat 4, Smurfing Tango, while Matilda Jane, owned, trained and bred by Kieran Lonergan in Castleblayney, took third behind Pacific Jenny.

A dog that could have a huge say in the destination of next season’s top sprint prizes was mightily impressive in the first of Saturday night’s semi-finals of the Old Pubs Ltd Open 400 at the local track.

Blame The Game, who already in her short career has claimed the scalps of some noted performers, Dorotas Del Mar among them, and has put up some very fast times, recorded a best-ever 21.01 in her demolition of a good-class field, and must be a short-price favourite to win Saturday night’s final.

Owned by Belfast’s Stephen Townsley, the Paul Matthews-bred son of Laughil Blake and Rio’s Girl was considered most unlucky not to have been included in the line-up for the sprint on the big Night of the Stars meeting at Shelbourne Park. On the evidence of his latest run he would surely have put it up to Ardnasool Lad, who followed his Irish Sprint Cup win by taking the Dublin €10,000 prize.

Blame The Game has most to fear from Madabout Paws in the final. Trained by former Armagh footballer, Seán Devlin, this lad – one of Ardnasool Lad’s victims in the Sprint Cup – won his heat in 21.25, coming from Blame The Game’s litter-comrade, Wall Garden.