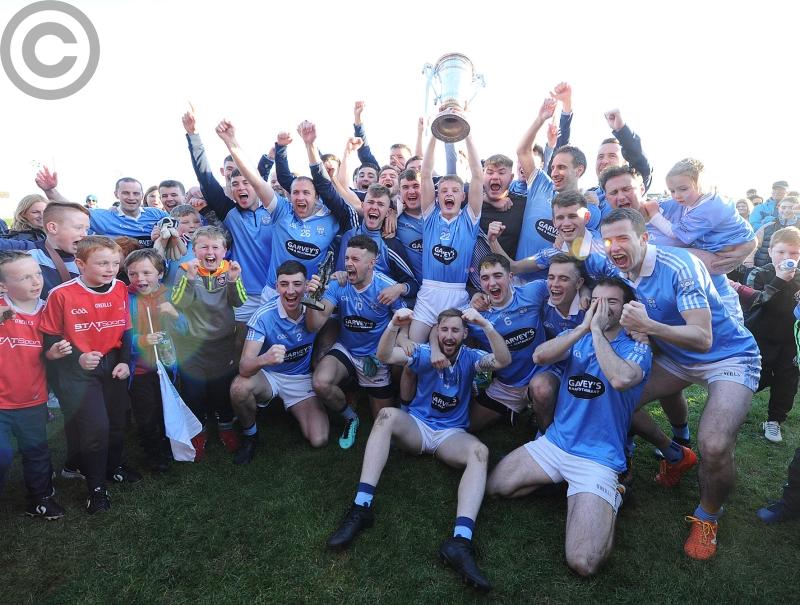 Just as well I added a rider to last week’s piece on fathers and sons who won Louth senior championship medals. In giving the combinations I had unearthed, I finished with, “it is almost certainly not a complete list”. For ‘almost’ read ‘most’.

The piece had only gone up on the screen on Friday evening when the inbox on my machine began to back up. One of the messages came from Hanoi, following another from the same source earlier this year. And of course it was Colm Ross, the Ardee native and former St Mary’s footballer who posted it. It hadn’t a hint of indignation, but could - maybe should - have.

How I missed Johnny Ross and his son, Sean, I don’t know. Well, I do know. My mind’s not as nimble as it was when I was playing at midfield, taking 50s and going up for the toss, and quite obviously I didn’t take a close enough look at the records.

The Ross lads are not alone. As Colm pointed out there are many others from Ardee who didn’t get a mention, and also omitted were several Newtown Blues combinations. See above for the reason why Colm and Ross Nally weren’t included.

Johnny Ross won six senior medals, the last of them in 1960 when he captained St Mary’s in the first senior final played at St Brigid’s Park. Sean won two in the ‘70s bringing the family haul to eight. That’s the same as the Drogheda-based McGinns.

Hugh senior won four, and when Newtown Blues won the title this year, his son, also named Hugh, brought his tally to four. Both were winners of a man of the match award; and Hugh the Younger’s sister, Vikki, is also a Louth championship winner.

Other Blues combinations: Damien and Dean Martin, the Judges, Blackie and David, Kieran and Brian, Oliver and Micko, and the irrepressible Peter and three sons.

Then there’s Mickey Leech, whose son, also named Mickey, brought up a family treble similar to the one completed by Colin Kelly, who, when he won his first medal, followed his father, Oliver, and grandfather, Larry McCormack, on to the podium.

Back to Ardee. A closer examination of the records than the one I gave them brings Sharkey and Malone combinations into focus, and, as confirmed by Paddy Lennon, Adrian Boyle was a winner, emulating his father, Sean, who was successful in the St Mary’s and Cooley Kickhams colours.

This saga might not yet have run its course.