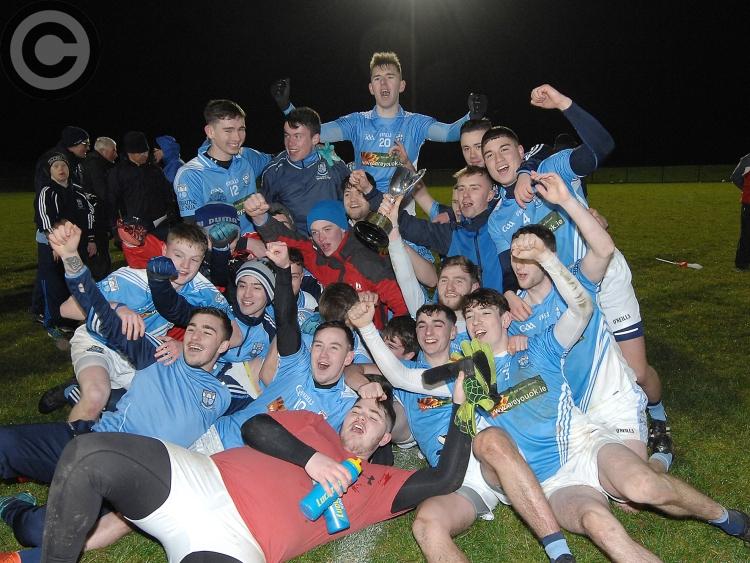 Newtown Blues celebrate their U21 success of 2017. (Pic: Arthur Kinahan)

Newtown Blues got their U21 Championship defence off to an emphatic start on Friday night, defeating the Naomh Fionnbarra/Lannléire, 5-14 to 1-1. Blues had many of their SFC winners on show.

Beaten finalists 12 months ago, Mattock/Hunterstown/Glen Emmets defeated a star-studded Ardee, St. Mary’s outfit, 2-9 to 1-9, in Collon. Most impressive about the combination’s victory was their progression minus the influential Aaron O’Brien.

Naomh Máirtín fielded a strong line-up and they accounted for Dundalk Gaels, 5-20 to 1-4, while St. Fechin’s handed Oliver Plunkett’s a drubbing, 4-10 to 1-2.

St. Patrick’s booked a second round tie with St. Bride’s by winning away to Kilkerley Emmets, 3-13 to 0-9.