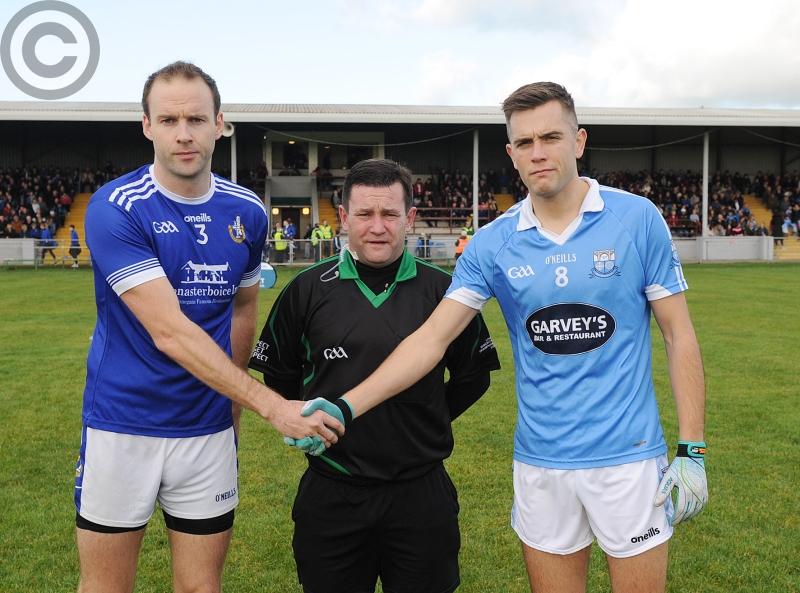 Words such as ‘tragic’ and ‘heartbreaking’ peppered most chats after Sunday’s senior championship final. Newtown Blues had just won the title for the 22nd time, coming from six points down to win by the minimum margin. A laudable achievement, worthy of the highest praise. But it was the vanquished Naomh Máirtín who were on most people’s minds.

Appearing at this stage of the county’s premier competition for the first time, the Monasterboice outfit had history tapping them on the shoulder with the game entering its final phase. They had contributed to the loss of a substantial lead, conceding scores that should have been prevented and having a key player black-carded. Still, as the clock moved beyond the 60 minute mark, it looked as if they might just do it.

They didn’t. Buoyed by Ross Nally’s late, scrambled goal, bringing the sides level, Blues had their comeback halted when the excellent Sam Mulroy, taking a pass from the veteran, JP Rooney, restored the lead for Máirtín’s.

But there was still time for Blues to get back on terms, and more than that, grab what proved to be the winner, Conor Branigan taking a chance from about 35 yards.

A great way for Blues to win, but an absolute tragedy for Máirtín’s. The challengers had given as much as they got in a tentative opening quarter, but then gradually pulled clear to show six points in front at the break.

Blues were poor in the opening half, claiming seven wides and managing just three points, all of them coming from frees. They upped their game on the restart, but Máirtín’s were a match for them. There was still five points between the sides as the game moved towards the final quarter.

What happened then can be blamed on a strategy that is so much a part of the modern game - poisoning it, some would say.

Retain possession at all costs is the mantra, and in trying to do that, Máirtín’s goalie, Craig Lynch, lost the ball about 30 yards out the field. In trying to retrieve the situation, the countyman put in a foul and was shown black. Blues took a point from the free, and that really put pep in their step.

A bigger boost, however, came in the shape of Ross Nally’s very late goal. And here, too, Máirtín’s defenders - Lynch’s stand-in, Conor Morgan, among them – were helping with inquiries.

What will make this defeat all the more difficult for Máirtín’s to accept is, that even after needlessly conceding so much, they still found themselves in a leading position with the game ready to close.

Results don’t always go to the teams that deserve them, and this was one of them.