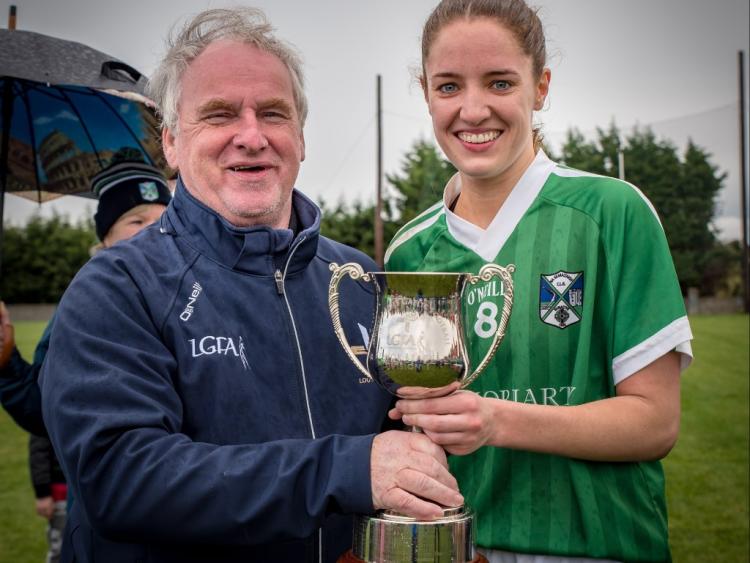 Geraldines bounced back from the disappointment of losing the senior championship final to claim the Division One league title for the first time with a comfortable victory over St. Fechin’s in Tallanstown on Sunday morning.

The Haggardstown side had the edge throughout and were worthy winners in a game where Rebecca Carr played a starring role as she finished with a personal tally of 2-5.

It took Carr just five minutes to make her mark on the game as she opened the scoring with a fine point. Gers were given a huge boost soon after when a high centre from Bonnie Fleming came back off the post and Victoria Prendergast reacted quickest to send the loose ball into the net.

But the intermediate champions responded well and had points from Pamela Campbell and Catherine McGlew, but just before the break Carr took centre stage when she fired in the second goal to make it 2-2 to 0-2 at half-time.

Geraldines came flying out of the blocks as Carr grabbed a second goal and with the help of a Lorna Moriarty point they led by 3-6 to 0-3.

Fechin’s were given a lifeline when Shayleen McDonagh rose highest to flick a high floated delivery from a 45 by Sara Moore to the net. Kinch and McDonnell added further points, but any hopes of a comeback were dashed when Carr's free-kick was finished to the net by sub Moriarty in the 56th minute.