INSIDE TRACK | Dundalk FC manager, Stephen Kenny’s keen eye for a buy is beyond question 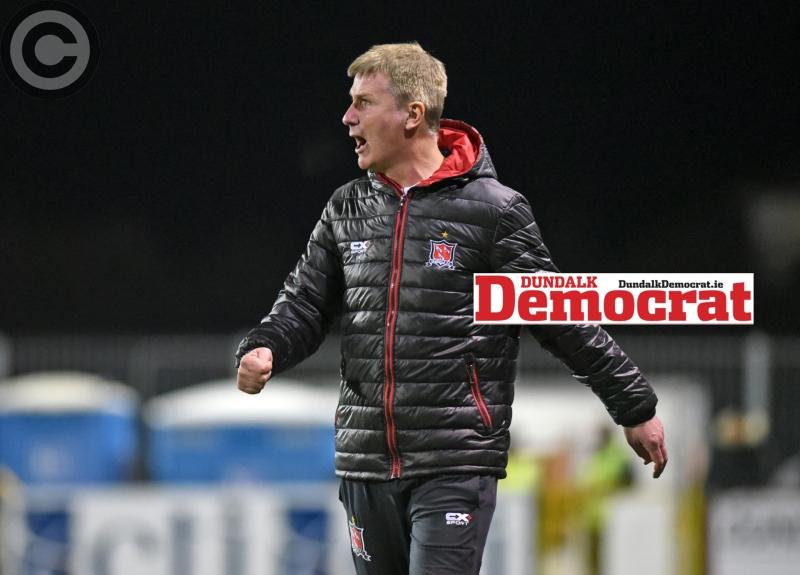 On the weekend before last Richie Towell scored for Rotherham United and since then has been named on Martin O’Neill’s Republic of Ireland squad for the Nations Cup. Andy Boyle was also on the mark, giving Dundee their first win in the Scottish Premiership.

And staying north of the border, David McMillan featured on the St. Johnstone team beaten by SPL leaders, Hearts, who had one of their goals from James Dunne, the young Blackrock lad who won promotion with Accrington Stanley last season.

On the northern side of another border, Michael O’Connor was a scorer for Linfield, while his older brother, Ciaran, got the equaliser for Warrenpoint, which he followed by firing two on Saturday.

All bar Dunne, who went to Manchester United as a teenager, came under Stephen Kenny’s care in their time at Oriel Park, and were highly regarded. Towell, McMillan and Boyle left with big reputations, as did Daryl Horgan. All were winners at Oriel, and no doubt had he been able to do so, Kenny would have retained them.

It says much for his astuteness in the market place, allied to his coaching skills, that Kenny has been able to construct yet another league-winning side. Going to shop with a bulging wallet is a help, but as we’ve seen, even in the higher echelons of English football, money is not always a reliable substitute for a keen eye.

Sir Alex made some great buys, but also some dubious ones. He got goalkeeper Schmeichel for peanuts, but paid big bucks for Bebe, Forlan and the chap that was so poor they named him twice, Djemba-Djemba.

This season’s title is Dundalk’s fourth in five seasons, and in that time there’s also been an FAI Cup win, with the possibility of another in a few weeks’ time.

Those who headed up the Carrick Road during Jim McLaughlin’s time in charge have fond memories. Major wins at domestic level were interspersed with some great nights of continental fare, and when the Derry man’s era ended, few thought it could ever be seriously challenged, never mind bettered.

If this season’s win is different, it is because of the distance Dundalk are likely to be ahead of the rest when the competition comes to an end in a few weeks’ time. Yes, Cork City have again been the closest – and keenest - rivals, but for weeks now John Caulfield’s students have only been tiny specks on the horizon every time Brian Gartland and his colleagues looked over their shoulders.

When the Cup is decided, Europe will come into focus, and if only replicating the club’s best spell on the continent, Kenny and his charges, not to mention supporters, will have several great outings.

It’s said that comparisons are odious, so rather than stand the Kenny and McLaughlin eras up against each other, let’s just say it’s been good for those who enjoyed either of them and great for anyone who’ve been there for both.