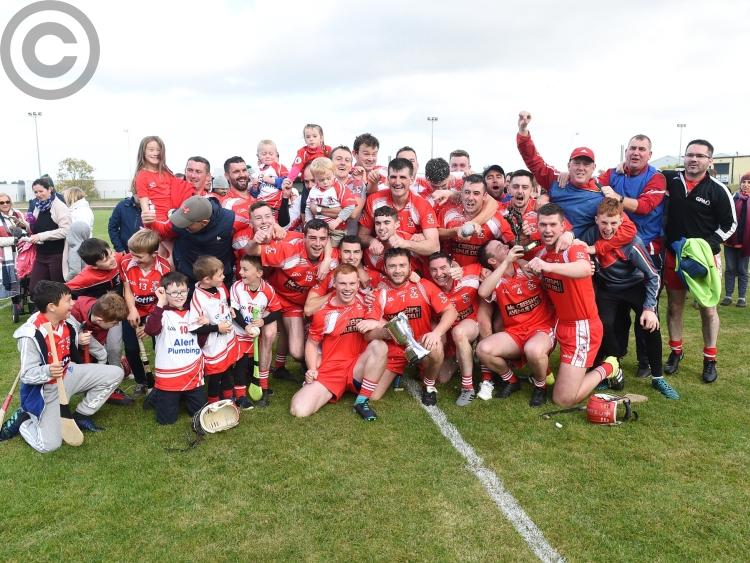 Shane Fennell says Sunday’s victory over St. Fechin’s means more to him than any of his other career wins.

The Knockbridge marksman secured his eighth Senior Hurling Championship medal as the Reds claimed the Paddy Kelly Cup for the first time since 2014.

It was a seminal occasion for the forward, who had his kids there in support, their ages ranging from six to 10 weeks.

“It’s my eighth senior championship medal and it means more (than the others) because it’s the first that my kids have seen me win,” he told The Democrat.

“It’s been four years since we won it. It’s extra special.”

Fennell shot five points in the second half, all from frees, as Tony Teefy’s men fought back from a point behind to prevail emphatically. However, it was the forward’s goal on the stroke of half-time, which cut his team’s deficit from four to the minimum, which he feels turned the tide.

“We spoke about (our performance) at half-time and how we were given a second chance to start the final. We didn’t hurl one bit in the first half.

“Fechin’s, to their credit, were all over us; they’re a brilliant team and we knew that, but we got a goal at the end of the first half that kept us in it and brought us back to a point. It meant that we were going in at half-time with a pep in our step.

“We’ve been down in a couple of games this year so we knew we had it in us, we’ve lots of boys playing football as well; they’re training hard so we knew the fitness would stand to us.

“Second half, the boys put their bodies on the line and we got what we worked hard for. We’re delighted.”

It caps a fabulous year for the Reds, who have swept the honours board.

“It’s been a superb year. Last year we didn’t lose a game the whole year until we lost to Fechin’s in the semi-final. It was the same this year, but it would have meant nothing had we not won today,” Fennell added.