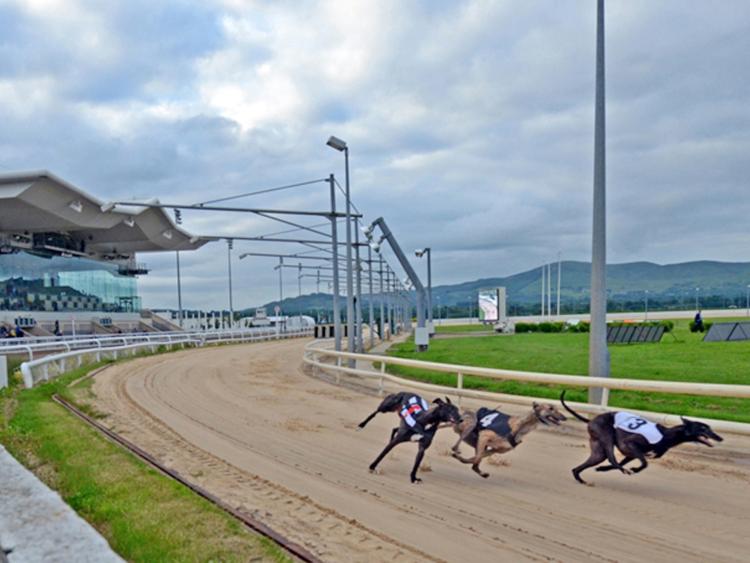 Marathons, especially those run over extreme distances, are rarely won from the front. And so it was in the Open 900 at last Saturday night’s Bessbrook Chapel Restoration Fund benefit meeting at Dundalk Stadium.

This is a race in which the runners pass the stands twice, and having made a flying start, Blueview Carrie had a clear lead crossing the line for the first time. However, spotted back in the bunch beginning to wind up was the odds-on Jaytee Patriot.

The only one of the five in the field with previous form over the distance, Kilkenny trainer Paul Hennessy’s sole runner at the meeting had made a slow start, but was now beginning to pick them off one by one. He had only new leader, Maeves Gap, in his sights in the back straight, and really, punters who had taken the 1/2 could have begun to form an orderly queue.

The race ended as expected, Jaytee Patriot well clear of his nearest rival, his 24th career victory supplementing the success he achieved when last putting in an appearance at Dowdallshill, in August of last year.

Two very smart pups were seen out in the sprint final which opened the 10-race card. Stefans King was a two-length winner over Droopys Boss a week earlier, recording an excellent 21.39 on debut.

That result was reversed this time, Droopys Boss doing much better at the traps to gain a very precious early advantage. The Ian Reilly-trained dog stayed in front despite a persistent challenge from Stefans. They’re a pair that could go on to be very good.

Castleblayney’s Kieran Lonergan would have derived tremendous satisfaction from Matilda Jane’s victory in the bitch stake final, one of six that featured on the programme. Not only does the Clonmel native own and train the two-year-old, he also bred her, and having improved on her semi-final time, she can go on to win more races.

Blame The Game was a convincing winner of the Open 400, the Belfast runner reproducing the kind of form that saw him record 21.05 during the summer. The son of Lauighil Blake came in with 21.23 this time.