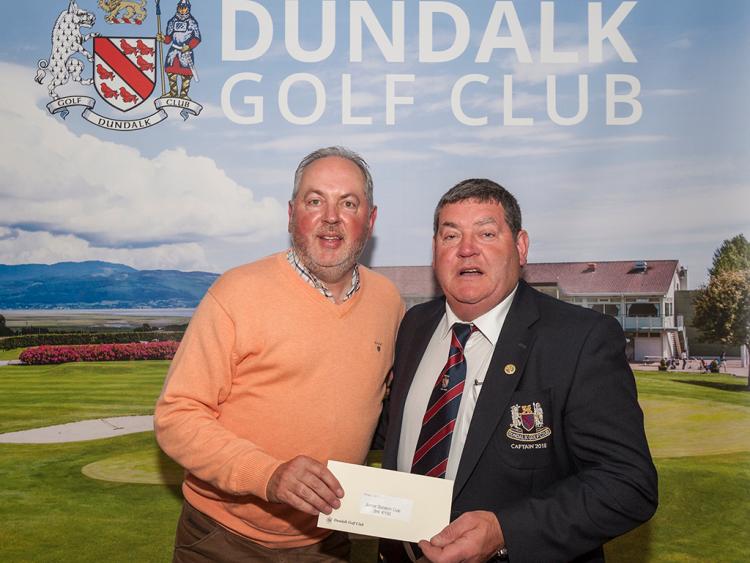 Eddie Rogers won the final cup of the season on Sunday when he shot the only sub-par round of the day to capture the Knights of Malta Cup.

Playing off four, Rogers shot a one-under par 71 to edge out Ciarán Daly (18) and Trevor Giff (11) by one shot on a day when slick greens and a strong wind provided a stern test for the 160 strong field.

Rogers went through the opening nine holes in level par gross as he shot seven pars, a birdie and a bogey with the birdie coming at the par three ninth.

More birdies followed at the par five 10th, and par three 13th, but as the wind picked up the going got tougher and he bogeyed the 11th, 14th, 15th and 18th to come home in 39 gross. That gave him a gross score of 75 and a nett score of 71 and set an early clubhouse lead that wasn’t bettered.

Daly edged out Giff on countback to take second overall with the latter winning Category Two, while Terry Conlon (6) and Derek Teather (16) took Categories One and Three respectively. Pádraig Greenan claimed the Juvenile Prize, while senior panel member Neal MacKell (2) took the Gross Prize with a 74.

The Knights of Malta Cup was the 11th and final qualifying round in the Golfer of the Year competition and once the dust had settled Clem Walshe (5) emerged as a clear winner after compiling a seven round total of 502. That worked out at an average score of 71.7 which is excellent average.

Peter Rogers (1) and Conor Curran (2) were joint second on 512 which was one shot better than Junior Cup winner Neal MacKell (2) as the low men filled the top four slots.