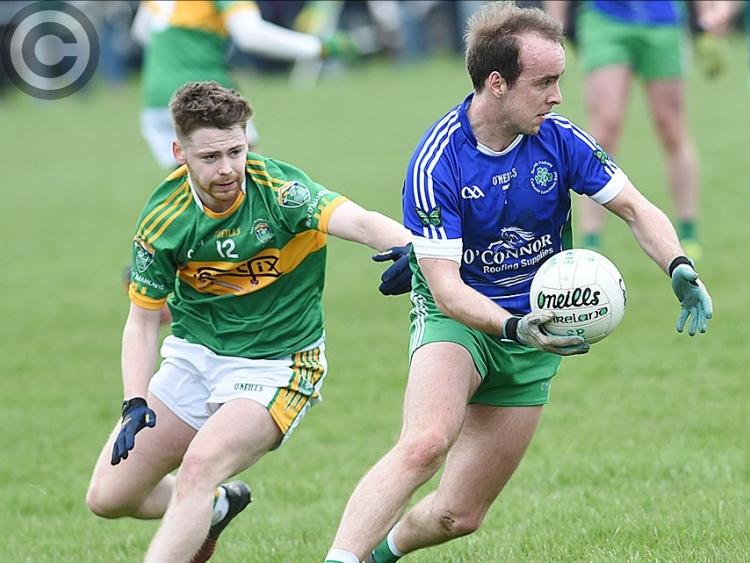 Of all the matches taking place this weekend, this one has the most potentially lethal undercurrent, and Sean O’Mahony’s certainly owe St. Patrick’s one.

The team who worked their way out of a room with no doors against Ardee, St. Mary’s in reaching this stage face the opponent who seem to pose them unsolvable questions, or so it seems.

Paul McLaughlin’s side did, of course, prevail in their Division One meeting earlier in the year, but the landscape has since changed in Lordship and the seven-time Joe Ward champions are optimistic of a challenge for title No. 8.

This O’Mahony’s outfit, for all their admirable courage, ability and medals, have looked away first in all of their knockout clashes, the 2015 championship final among them, and that’s the ultimate challenge for them this weekend, especially with the expected absence of John O’Brien (injury) and Stephen Fisher (overseas).

And then there is the presence of Paddy Keenan for Pat’s. Indeed, the former All-Star midfielder will handsomely supplement the deadly threat of captain Danny O’Connor, who dragged his side through the group stages, scoring one of the goals of the season in their defeat of Dundalk Gaels.

However, O’Mahony’s seem to thrive in adversity and have the ability to almost seamlessly adapt to whatever challenge is presented to them, especially when their competition futures tetter on the brink.

Who they employ to mark Aidan McCann and O’Connor will be vital as that duo, notdiscounting any of the others, are central to Pats’ attack.

An encounter not to be missed, expect a titanic tussle full of endeavour, and perhaps some ‘skin and hair’. Practically impossible to call, but Pat’s are the fancy - just.