INSIDE TRACK | Dundalk FC are among the dominators 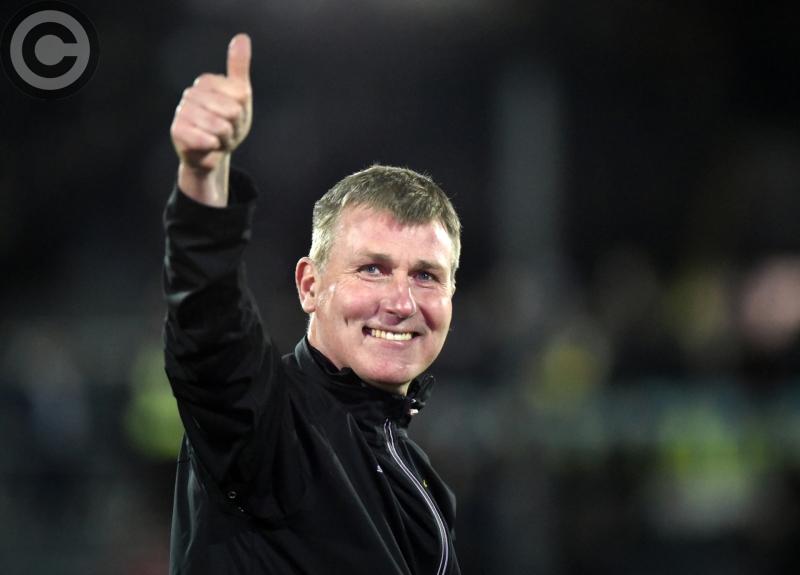 In its Premier League preview a number of weeks back the Racing Post said Manchester City, Liverpool, Tottenham and Chelsea would fill the top four positions in that order. A bookmaker’s ad in the same edition had City at odds-on to retain their crown. Liverpool were second-favs, and after that it was Man United and Chelsea, followed by Spurs.

After four rounds - at which stage this is being written - three of the above-mentioned are in the top four, Liverpool and Chelsea on full points, the former better off on score difference. The holders are down two points having drawn one; Tottenham are lurking in fifth, and Man U lie in mid-table, already six points adrift.

There’s an interloper about. Watford are also unbeaten, keeping company with the top two. The RP had the Hornets finishing in 17th, while the betting had them at 1,000/1. Shades of Leicester City. The Foxes were five times Watford’s odds before the competition began a few seasons ago; their win was a shock of biblical proportions, matching David’s defeat of Goliath.

Don’t go backing Watford to replicate Leicester’s achievement, or even be hanging around the top for too long. When the big machines get revved up, they’ll slip back to somewhere near the 14th position they occupied at the end of last season’s competition, more likely to be fighting relegation than having a vision of glory.

Money is speaking more languages than ever in the supposed greatest league in the world - examine the off-season deals and you’ll find it’s the biggest spenders in recent times who can be expected to be tussling for the top spot come next spring.
Yawn, yawn, there’ll be a bit of competition for the runner-up spot in Scotland; but forget about what they say when the price is lower than evens – odds-on, look on – backing Celtic will get you a return, however small.

And so to the League of Ireland’s main points competition. The runners are nearing the final furlong, and Dundalk hold a substantial lead. If it’s still like that when Stephen Kenny takes his troops southwards on Friday week, there won’t be a change in leadership, regardless of how their Turner’s Cross tie with Cork City results. Nor can either of the teams be dislodged from the top two.

Just as the SPL has been a two-horse race for years – Aberdeen have taken over from Rangers as Celtic’s main threat – the Airtricity League is about just two teams. Dundalk and Cork have occupied 1 and 2 for the past four seasons, and it doesn’t look as if that’s going to change anytime soon.

Boring? Maybe for neutrals - and for the teams below constantly gasping for air it’s probably soul-destroying. But it couldn’t be better for those who constantly make Oriel Park and Turner’s Cross their sporting haunt. It’s looking good for Dundalk in the first of the competitions to run its course, and after Friday night, when both put their Cup quarter-final rivals to the sword, there could be another Aviva head-to-head.