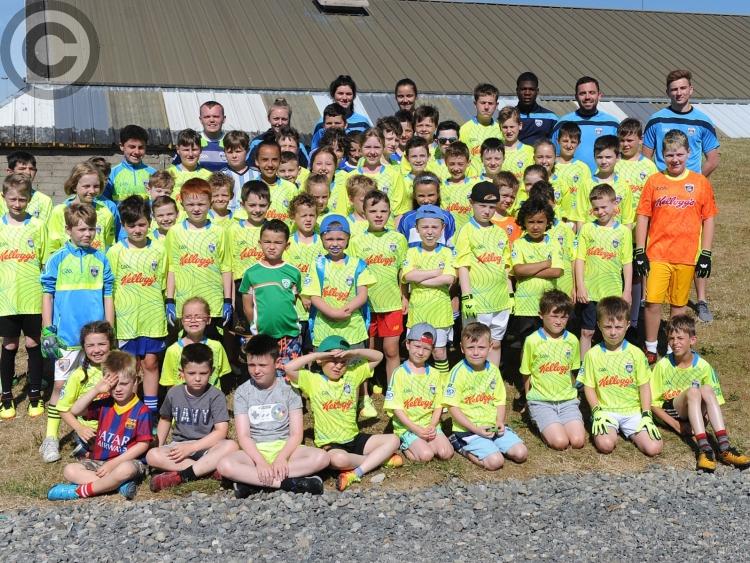 St. Kevin’s delegate David Rogers feels the population of underage GAA players in Drogheda and Dundalk has to be increased for Louth’s fortunes to turnaround.

Speaking on Coaching & Games at the September County Board meeting, Rogers accepted that while overall numbers attending Cúl Camps had increased on 2017, he said the numbers playing in Dundalk and Drogheda were disappointing, backing his argument up with figures. It was said that while the two towns hold the majority of the county’s population, only 8% of the total number of Cúl Camp participants attended those held in Dundalk-based clubs, with 12.5% in Drogheda.

He called for action on this front, adding: “We need to get more GAA in Drogheda and Dundalk”, to which Paul Aspell, Development Officer, and chairman Des Halpenny argued that work was being done on the matter through the relevant Games Development Administrators and the East Leinster fund, which was rolled out two years ago.

Vice-chairman Paddy McMahon said that the vast selection of camps and sports available to children in Dundalk was playing a role, adding that “Dundalk (FC) are top of the pops” in the town at the moment and, thus, kids are wanting to attend the soccer camps held at Oriel Park.

St. Patricks’ John Grogan praised the efforts of clubs like Sean O’Mahony’s for getting their Cúl Camps off the ground, adding that “progress is being made”.

Branching off, Leinster Council Delegate Pádraig O’Connor said that he would be liasing with the relevant juvenile authorities within the county as the GAA bids to ready themselves for the introduction of underage ‘summer soccer’, which begins next year.