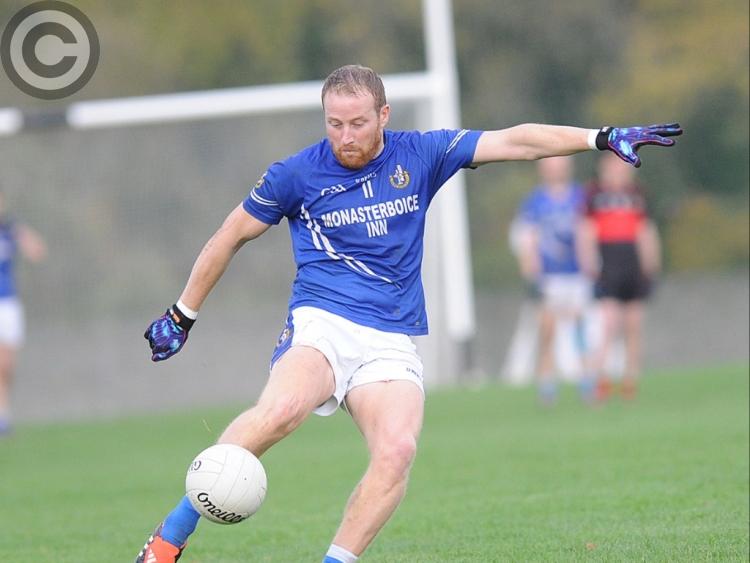 JP Rooney proved that he hasn’t lost that scoring touch as he came off the bench to score 2-2 and send Naomh Máirtín through to a second successive Cardinal O’Donnell Cup final.

After a tight first half, the defending champions moved up a gear after the restart and Rooney’s brace ensured that his side were comfortable winners as they booked a meeting with Newtown Blues in the decider.

Saturday evening’s game at Clogherhead saw little between the teams in the opening quarter with James Califf (2) and Páraic Smith on target for the hosts, while Conor Whelan, Wayne Campbell and Eoghan Callaghan replied for the Jocks. And. just before the break, Campbell and Whelan pointed to put their side 0-5 to 0-3 ahead.

The game turned in the Jocks favour three minutes into the second period when Rooney scored his first goal. Karl Monaghan brought the gap down to two when he hit the net on 46 minutes, but Máirtín’s regained control and sealed victory with Rooney’s second major eight minutes from time.