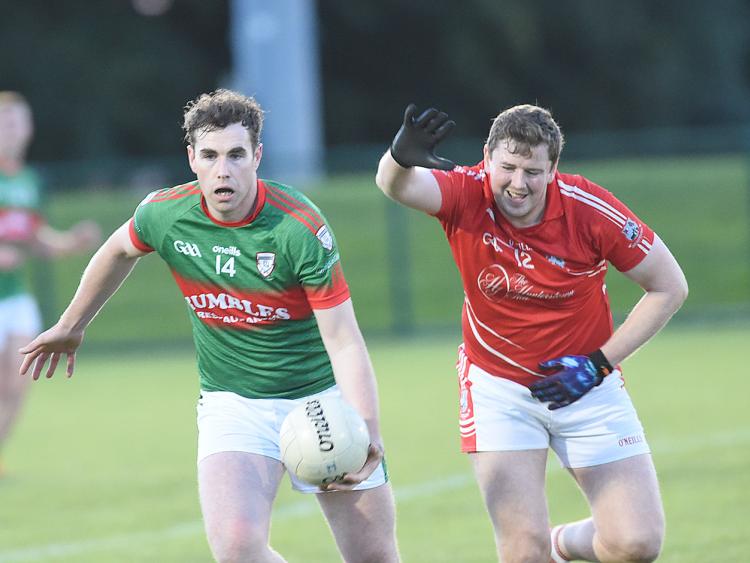 Hunterstown Rovers secured Intermediate Championship football thanks to a narrow victory over Glen Emmets at Darver on Friday night.

A goal from Alan Landy followed by a Tony McKenna point looked to have made the game safe for Rovers entering the closing stages as they went 2-7 to 1-6 ahead. Although Emmets responded with scores from James Butler (2) and Ronan Grufferty to cut the gap to one, Hunterstown held out in a tense finale.

It was Glen Emmets who were leading at the break by 1-4 to 1-3 with Keith Lynch claiming their goal and Ryan Burns hitting the net for Rovers.

Subs: Tony McKenna (0-1) for O'Suilleabhain, Mark Brennan for Ward, Alan Matthews for Martin Lennon (BC), Ward for Landy (BC)