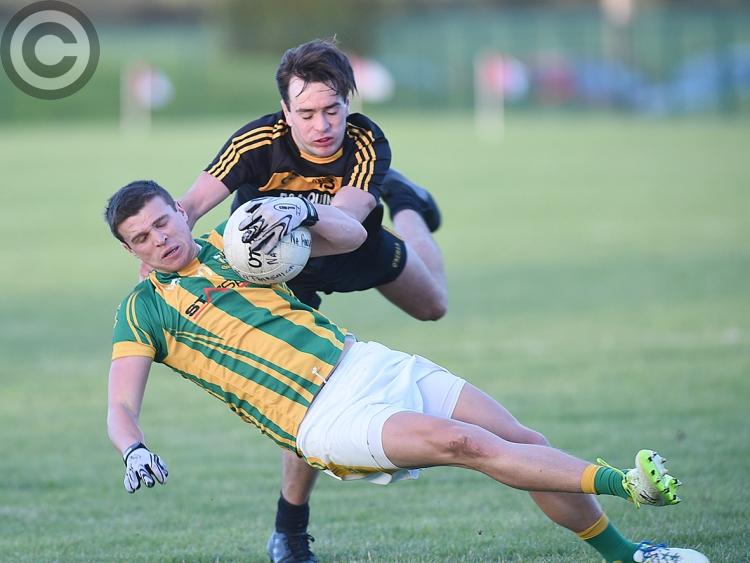 Clan na Gael defeated local rivals Na Piarsaigh in the relegation play-off at Darver on Friday night to preserve their intermediate status for another season.

Clans got off to a flying start as Robbie Curran found the net after just 15 seconds with Conall McKeever adding a second soon after. Just before the break, McKeever struck again to send his side in with a commanding 3-7 to 0-5 lead.

Na Piarsaigh fought hard to get back into the game and added points through Ciarán Murphy, Robert Murphy, Alan McCartney, Shane Roddy and Niall Franklin, but the couldn’t put any real pressure on a Clans side who added a fourth goal through Mark McGeown.