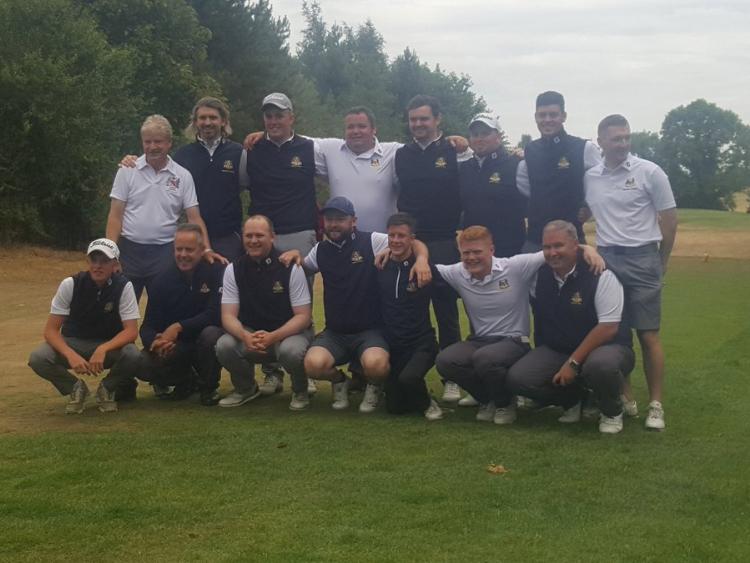 Dundalk are through to the semi-finals of the AIG Leinster Senior Cup after beating The Island by 3.5 to 1.5 in this morning’s quarter-final in Mount Juliet.

Caolan Rafferty put the first point on the board with a 3&1 win, but Josh Mackin lost 3&2 as The Island drew level.

However, a drive and a six iron to the par five 17th set up Eoin Murphy for a 2&1 win and with Conor Curran dormie two playing 17, and Aaron Grant one up playing 16, the advantage was with Dundalk.

But Curran then lost 17 to a birdie and Grant lost 16 as The Island fought back to keep the match alive.

Dundalk, however, were not be denied. Curran split the fairway on 18 and clinched the winning point when his opponent lost the hole after getting into all sorts of trouble in a lateral water hazard on the left of the final green.

With Grant’s match all square when it was called in, it meant Dundalk emerged winners by 3.5 to 1.5 and they now face a very strong Dun Laoghaire team who had a comfortable win over Tullamore in their quarter-final this afternoon.