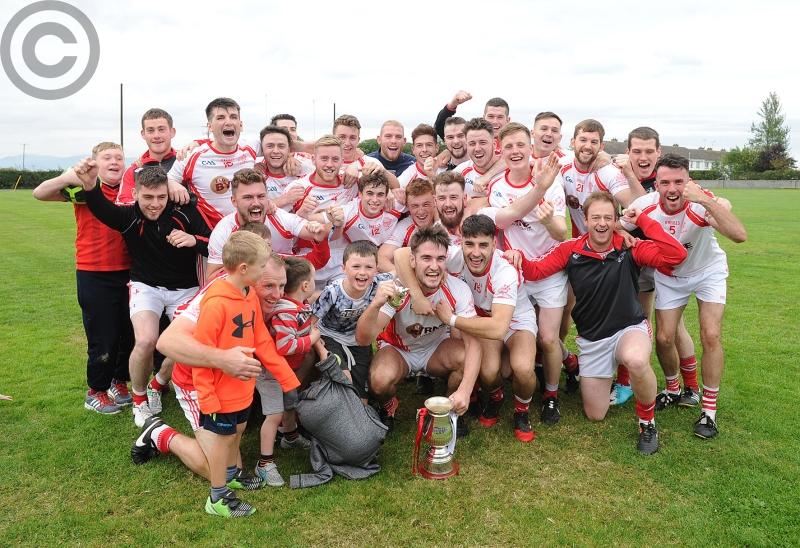 Fr. Mick Hardy, an outstanding Louth forward in the 1940s, expressed his disappointment at the St. Bride’s annual meeting over the County Board’s refusal to discuss a motion from his club seeking to have no adult matches played before 2 o’clock on a Sunday. He was concerned about players missing Mass. The Democrat reported:

"It will be recalled that at a meeting of the Board earlier this month, St. Bride’s had a motion ruled out of order because a mistake had been made categorising it for the Co. Convention. The motion sought to have no adult matches played before 2 o’clock on Sundays because, as St. Bride’s delegate, Brendan Marry, explained, the local clergy were concerned over the possibility of players missing Mass.

"Fr. Hardy, who is one of the Co. Board’s Honorary Presidents, told the St. Bride’s AGM he was strongly in favour of the motion. It disappointed him that it wasn’t even discussed, especially as the clergy had been to the forefront over the years in promoting juvenile football. He was concerned with the effect Sunday morning football was having on attendance at Mass.

"St. Bride’s were relegated last year, dropping back to junior football for the first time since the late ‘sixties. Yet, despite that, there was a very constructive debate on football at the AGM, with delegates preferring to look forward rather than dwell on past mistakes.

"In a change from last year, Brides’ premier team is to have selectors rather than a manager, and the men chosen to succeed Ronan Carolan are Paddy Farrell, Richie Mackin and Brendan Hilliard. There could be an omen there. When Bride’s won the Old Gaels Cup in 1986 - their only major success at intermediate level - Farrell and Mackin were on the sideline, along with current chairman, Colm Smyth.

"Fr. Hardy’s curate in Knockbridge, Fr. Dom Rafferty - a noted Cooley Kickhams footballer in his day - was named vice-chairman. And who else but Brendan Breathnach to fill the role of treasurer? Another of the Co. Board’s Presidents, Brendan is one of the county’s - if not the country’s - longest-serving club officials.