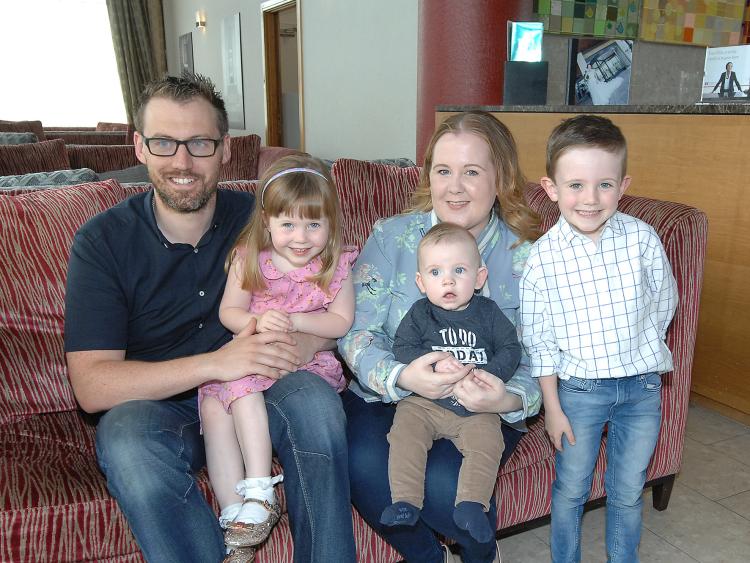 Twitter can be a revealing place, as local teacher and stats mad Tom O’Connor (@boscoisalive) found out in May.

A tweet written by his wife, Michelle, a fellow teacher, went: “Dundalk’s last 3 home games were against Pats, Derry and Shamrock Rovers, Mercury was in retrograde and he was wearing a blue jumper. Yet @boscoisalive made 0 appearances emptying the dishwasher as he stayed up late compiling obscure stats”. Several laughing emojis followed, as the post fell into the banter category as opposed to one of a more serious nature!

At the time of writing, @boscoisalive’s latest tweet was, indeed, obscure: “That’s the first time Carl Frampton has won by a KO/TKO and Dundalk haven’t beaten St Pat’s on the same day since 19th Oct 2013”. Mental, I know.

That's the first time Carl Frampton has won by a KO/TKO and Dundalk haven't beaten St Pat's on the same day since 19th Oct 2013- Horgan and Forrester both scored on the previous two occasions.
(4th April 2014, 28th Feb 2015)

Considering his profession, as a primary school teacher in Dundalk CBS, Tom’s deep interest in education and its possibilities are, understandably, endless.

And so, putting together a 24-part interview series for Irish football website extratime.ie, detailing how different professional soccer players, administrators or managers/coaches in Ireland have combined their education with career-development, was a fairly straightforward effort from the Scotshouse native, or so he puts it.

“My major thing is that people can have a look at the articles and can consider carving out a dual pathway for themselves, both in football and in education,” he says.

“On a personal level, I would take more satisfaction if someone came up to me and said they learned something or went to college because of something I wrote. If the nomination brings it to a wider audience then that’s what I’m looking for, rather than any personal accolades.”

The nomination he speaks of was an acclaimed one. He was recently shortlisted for Feature piece of the Year at the FAI’s Communications Awards, alongside full-time journalists, the Sunday Independent’s Marie Crowe and Ryan Bailey of the42.ie.

His reason for undertaking the series, which included interviews with Dundalk FC’s Brian Gartland and Jack O’Keeffe, and PFAI head Stephen McGuinness, was simple really: “It’s about making education easy for people.

“The UCD link to the League of Ireland was probably the source of the idea because everybody knows that they produce some of the most technically skilful footballers in Ireland as well as giving them a college degree which lasts the length of four years.

“Previously, if you didn’t go to England at 15 or 16, it was too late; if you were doing you’re Leaving Cert, you weren’t going to England, that was the old way of thinking. But, with the likes of Richie Towell and Seani Maguire, and Graham Burke even this year, ideologies are starting to change and you’re seeing that you don’t necessarily have to be in the English system to make it as a professional player in England.

“You can carve out a fairly impressive career in the League of Ireland and get noticed.

“For example, the majority of players in the First Division are in their early 20s and that’s the ideal college-going age, so if you can combine carving out a career in the second highest tier in the national game, by the time you hit 21 or 22, you’re armed with 50 or 100 appearances at a decent level, plus you have a degree.

“Then, if you’re good enough to have a go at it in England and end up coming back, you’re not necessarily starting on the bottom rung of the career ladder.”

The traction the articles got was both massive and humbling, and expresses the feeling that education and football can be synchronised, especially for those competing in Ireland. Indeed, interview candidates were not in short or willing supply.

“As a teacher, education is a lifelong journey, you’re always learning, be it at home or watching a game. When people are so talented on the field, why can’t we facilitate their talents off it too?

“There are footballers who will never go to college and me writing 20-odd articles will do nothing for them, but, and this was a point raised in the series, if they go to IT Carlow and do a Level 7 or Level 8 course... There are people who might find those challenging, but if they started off doing a Level 3 or a Level 4 course and were playing in the CUFL (Colleges and Universities Football League), then they can continue into higher degrees, even though they will have taken a longer journey to get their education.

“It can ultimately be playing football which keeps them in education, rather than going to, say, the Leinster Senior League for a couple of years and falling out of love with the game, and gaining no formal education beyond second level.”

The FAI, open to the topic, are set to bring an ETB course to Dundalk this year, a FÁS-type programme undertaken by the likes of Andy Boyle and John Mountney in the past. Another interviewee, ex-Drogheda United and Sligo Rovers ‘keeper Micheál Schlingermann, is a vocal former participant and advocate of the course.

Ultimately, the chief accolade fell Crowe’s way, for her piece related to the tragic passing of former Derry City captain Ryan McBride. But the honour of accompanying such a level of writers on the pedestal is certainly not lost on O’Connor, and his family.

Having begun to plot the series last Christmas, Tom’s now six-month-old son, Ruadhán, arrived in between and becomes the third ‘little one’ in the O’Connor household, following six-year-old Daire and Aoife (4).

“I’ve been working at the series since the Christmas holidays and we’re now in the summer holidays and I’m still going at it so, I mean Michelle knows the depth of work that’s gone into it and the fact that it’s been recognised at a national level, there is some satisfaction in it for her. I couldn’t have done it without her support and the support of the kids as well.”

During our conversation, Tom was working on a portfolio ahead of the school season’s return next month. Stopping, well, it just isn’t in his nature.

You can view Tom’s series by searching for ‘Life Beyond Soccer’ on www.extratime.ie or by clicking here.