Caoimhín Reilly, at The Grove 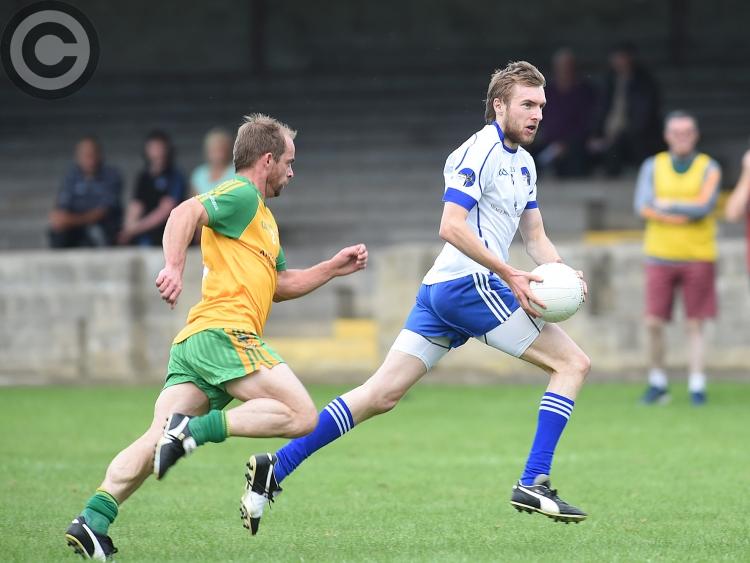 As signals of intent go, Lannléire’s first half display against Stabannon Parnells was a stern one as they booked their place in the Junior Football Championship semi-finals for the third consecutive year at the Grove on Saturday night.

Of their 19 points, 15 were from play as Paul Callan and Bob Murphy gave an exhibition in score-taking to ensure John O’Connor’s charges a comfortable passage through.

They led 0-12 to four at the break, having struck all but two of the contest’s opening 12 scores.

Stabannon will feel disappointed at their display, especially at what they produced in the first half as their challenge was put to an end probably before it got started. They kicked just one point from play before Barry Lynch’s opener in the early stages of the second half.

Callan was the game’s outstanding performer, shooting four points from play from his midfield berth and while Murphy’s influence on proceedings was generally more muted, he provided three outstanding moments with points that would have graced Jones’ Road, never mind mid-Louth surroundings.

Six points from Colin Murphy was another contributor to the winners’ total, but had it not been for the latter pair of Callan’s points, Parnells could have narrowed the closing gap much further.

Indeed, having passed up a couple of glaring goal chances, Ollie McDonnell’s team had the Dunleer men on the back foot as the fourth quarter approached. After Lynch converted his third point of the half, the gap stood at six and Stabannon were gushing down the hill.

But a quickfire brace from Lannléire’s standout man, Callan, put an end to their lately-timed march and from there the gap continued to grow, finally standing at a comprehensive 10.

They will enter the last four as the least fancied for Christy Bellew success; however, if Lannléire can reproduce their first half showing, they can’t be overlooked.