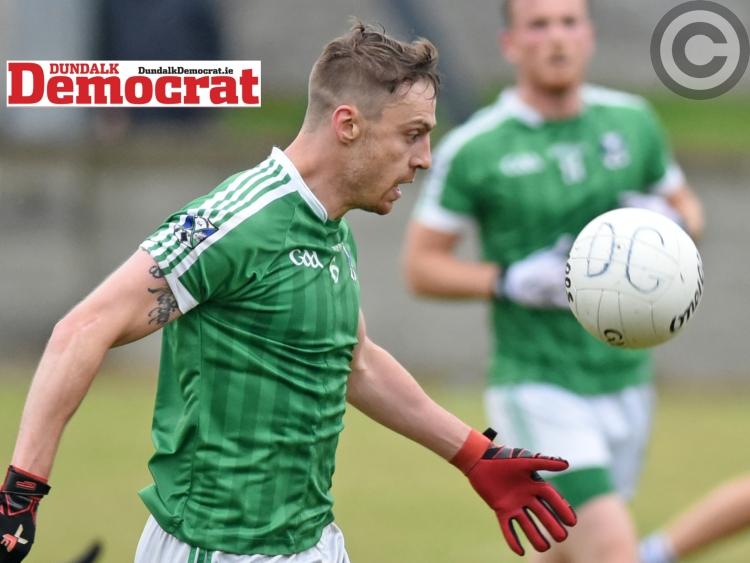 Geraldines ensured they would avoid automatic relegation as they edged home in a close encounter against Mattock Rangers in Haggardstown.

The home side knew that victory would guarantee them a finish above Dundalk Gaels and they showed great determination throughout to ensure they got the right result.

Although Mattock had already booked their place in the top four, they made the Gers battle for everything. However, in the end, it was the greater hunger from the Geraldines that saw them over the line with late points from Conor Rafferty, James Craven and Jim McEneaney ensuring they got the win required.

McEneaney (3) and Rafferty (2) were on target in the first half along with Stephen Reidy and Shane Rogers but there was no separating the teams at the break as they went in level at seven points apiece. David Reid was once again the main scorer for Mattock.

It remained tight for much of the second half but the Geraldines just had that little bit extra when it was needed and they went on to claim a deserved victory by three points.