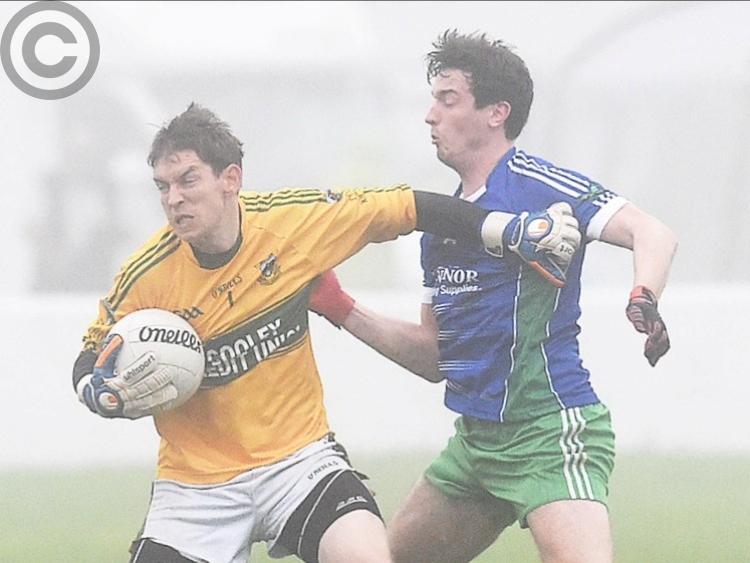 Cooley Kickhams got one over on their old rivals, St. Patrick’s, at Fr. McEvoy Park to claim a seventh place finish in Division One.

They did, however, have to come from behind to make it a winning effort after the Lordship side, who had winger Gavin Gregory in fine form, had taken a commanding 0-6 to 0-2 lead to half-time.

Gregory struck three times in the opening half, alongside points from Conor Grogan, Seán McGeough and Leonard Grey.
But finely worked goals turned the tide in Cooley’s favour. Brian White was first to strike as he palmed a raking delivery past

Barry Corcoran before Emmet Rogan repeated the trick in a similar fashion as Adrian Sheelan’s charges flipped the scoreline on its head.

And a third goal put the tie to bed as corner-back James O’Reilly robustly came forward and planted the ball in the back of the net.

Pats’ only second half registers came via Gregory and Eoghan Lafferty.

The result sees Cooley finish a position above their local rivals in the final standings.