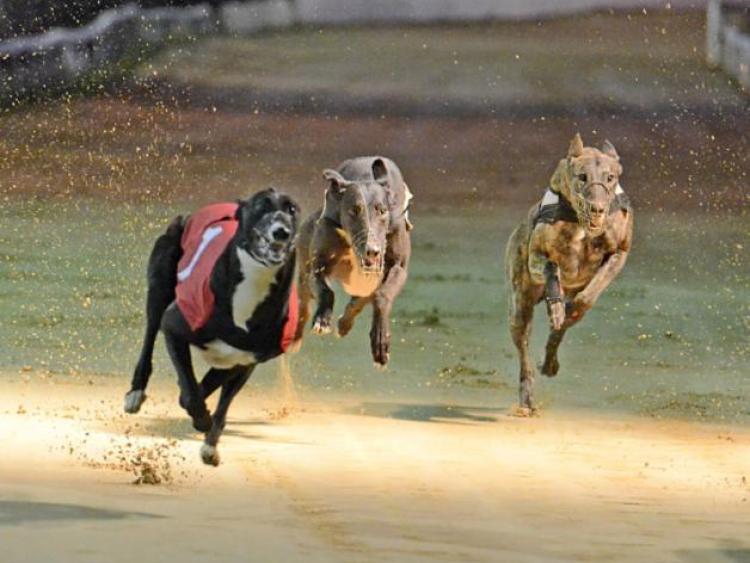 What a run from Droopys Steel in the quarter-finals of the Bar One Irish Sprint Cup at Dundalk Stadium.

The English-owned runner went from three and quickly dispelled any ideas that here was a dog who could only do it from the inside berth. He may not have left the traps as smartly as he did in the opening two rounds when he was dressed in red, but he was firmly in the picture, and before long was in front.

Pat Buckley’s charge got to the bend ahead of his kennel-mate, Pennylane Masara, in 7.01, and after turning for home showed the kind of pace that made his winning time eye-watering.

The Jones brothers’ Heisman broke the track record on his way to a terrific win in this competition last year, returning 20.96; Droopys Steel lowered that by just over the equivalent of two lengths last Friday night, stopping the clock at 20.81. That’s short-distance running at its exceptional best, and though there are still twelve in the hunt for this Classic’s €20,000 prize, few would wish to bet against the now-winner of eleven of his 19 races.

Dangers? Well, Pennylane Masara would appear to be the best placed. The Kerry-owned runner was just over two lengths off his travelling companion, helping him break the 21-second barrier, and when the pair go head to head again this Friday night, he’ll be on the inside this time (in two) having worn the 4 sheet last time.

Martin Lanney, whose outstanding record in this competition includes sending out Forest Natalee to be beaten by the narrowest of margins in last year’s final, has a real live contender in Dorotas Del Mar. Owned by this year’s English Derby-winning connections, the Ballymac Vic dog won the first of the quarter-finals in emphatic fashion in 21.18, his best-ever time for the 400. He goes from four in the semis, and that is to his advantage.

Ardnasool Jet went slightly faster when taking the third qualifier, returning 21.14. Here was a victory that provided the dog’s Donegal connections with just a little respite following the tragic death just a week earlier of Emmet McGhee, who’d have had a lot of involvement in the preparation of the youngest of the dozen still standing.

Former Armagh footballer, Seán Devlin, has Madabout Paws going well for him. A first-round winner, the syndicate-owned runner got into a real battle with Birch Hill in the last of the quarter-finals, and though he prevailed by the shortest of margins, his time of 21.13 puts him firmly in the picture in the tussle to lower the colours of the unbeaten Droopys Steel.

Ardnasool Jet and Doratas Del Mar will be most prominent in the first semi-final betting, but don’t discount Toolmaker Yeaman. Coming from a previous Sprint Cup-winning kennel and running from six - the least successful in the competition’s 23 races to date with just one winner - this lad was noted making late progress last Friday night. Getting involved early on, he can spring a surprise.

The second semi will be all about Droopys Steel. It might be expecting too much of Buckley’s runner to lower his own track record, but defeat for him would come as a surprise.