Dundalk FC’s Brian Gartland can take inspiration from his other club, Sean O’Mahony’s, into Thursday's second leg with Larnaca 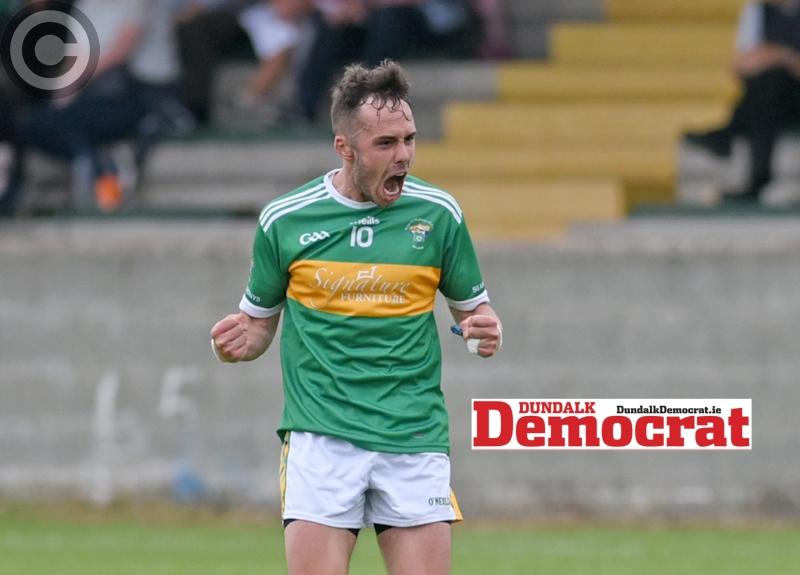 Brian Gartland couldn’t have been but impressed with the way his ‘other’ team played at Clan na Gael Park last Saturday night.

‘Garts’, as he’s known by his Dundalk colleagues and ‘The Bear’ by the greatest radio duo since Flanagan & Allen - that’s Dundalk FM’s John Murphy and Ger Cunningham - plays it tough but fair and is more than just a little responsible for his Oriel Park side sitting top of the league and eagerly awaiting their next taste of European football. He’s been wearing the armband since the unlucky Stephen O’Donnell made yet another visit to the treatment room.

The Dub is married into the Sean O’Mahony’s club, as they say, and might just have been included when the Quaysiders sent their list of players into the County Board for registration at the beginning of the year. Whether or not he ever wears the green-and-gold, this teak-tough defender was down at Castletown to see O’Mahony’s take on St. Mary’s in a crucial senior championship tie.

This was one of these winner-takes-all games - the prize, a place in the quarter-finals. There were two bookies there wearing opposite colours, and had they been betting in running - in other words, offering prices as the game progressed, Barry

O’Brien, dyed in the green-and-gold, and Mickey Rooney, a former Mary’s player and current club chairman, would have been stitching up punters had they offered anything less than 33/1 about O’Mahony’s winning the game.

This was when the 2016 champions trailed by 10 points. The goals had rained in on them, Kevin Brennan having to pick the ball out of the net three times.

But, regardless of how far they are in arrears, you rule the Quaysiders out at your peril. St. Joseph’s might have done that in an intermediate championship match at the same venue four years ago. The Cluskey Park boys showed nine points in front, seemingly home and hosed. The game ended in a draw, and when the three-game tie was eventually decided, O’Mahony’s were on top.

What happened after that was beyond even the most imaginative of Quayside dreams. A Louth championship that year was the forerunner to one at provincial level, and then, in 2016, came the biggie, the Joe Ward finding a first-ever home down by the harbour.

There are seven other teams who are adamant there won’t be a repeat this year; but as the county’s premier competition moves into the knockout stage, O’Mahony’s are contestants, Mary’s are not.

A game which ended with six goals and dozens of points on the Clan na Gael electronic scoreboard had the Dundalk team 0-3 in front, and if victory was celebrated in 2016 style it was easy to understand why. ‘Garts’ might just have had a half-glass.

What followed was a game in which everyone was a winner. Because just four points divided the sides at the finish, St. Patrick’s, the winners, and Dundalk Gaels went through. Geraldines were unlucky to miss out.

The draw for the quarter-finals was made on Sunday evening. There are eight teams still standing, and, come to think of it, it’s all much more interesting than the national competition which has the same number of teams involved.