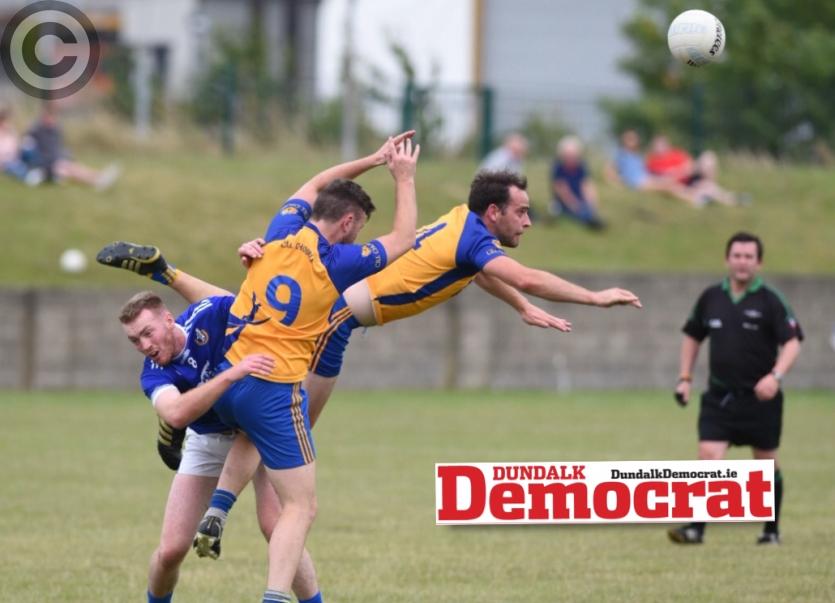 The veteran was introduced as the Jocks flirted with defeat. Kilkerley deservedly led by two points, but from the minute Rooney shot past Cillian Quigley with his first piece of play, Jim Farrell’s men were set for victory.

Sam Mulroy followed up with the Monasterboice men’s third goal and as Kilkerley wilted, the winners piled on the misery. And misery it was as Emmets put in a very impressive performance for large chunks of the affair.

A shock looked on the cards as within 10 seconds of the throw-in the returning Tadhg McEnaney outmuscled Shane Campbell to beat Craig Lynch at his near post as Kilkerley led by a goal.

But the Jocks hit back instantly when Mulroy won and converted a penalty with aplomb. 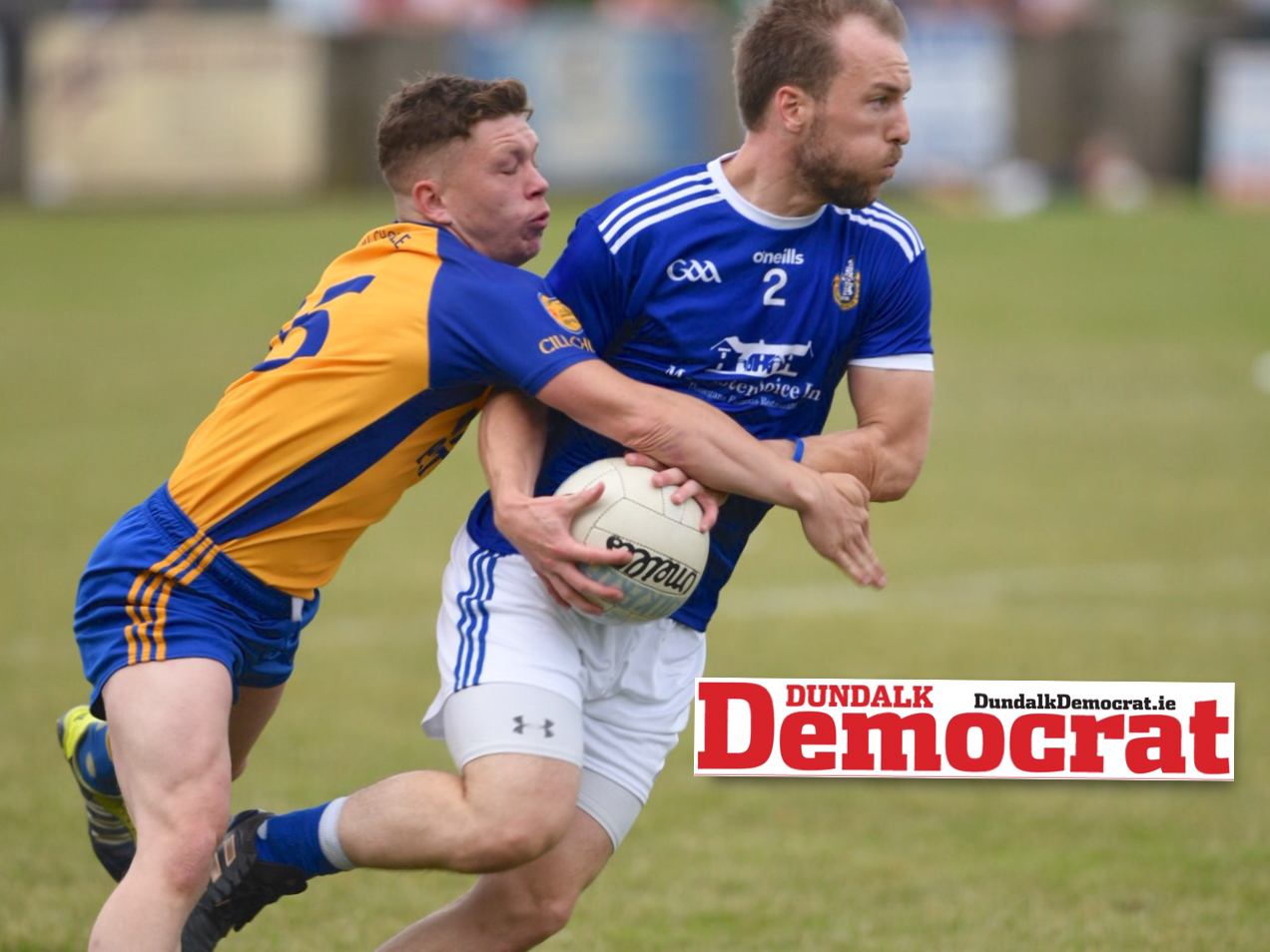 The game flowed entertainingly for the remainder of the half with some fine scores being registered and wides kept to a minimum.

Level at the break, 1-5 apiece, Paul Litchfield’s charges emerged for the second period like men possessed, but spurned a glorious goal opening when Shane Lennon blazed off target, only to point a subsequent free to put them in front for the fourth time.

And when McEnaney and Shaun McElroy, with the point of the match, registered, Emmets led 1-8 to 1-6.

Wayne Campbell cut the gap before substitute Rooney stole in behind to claim Mick Fanning’s rained delivery and bury the ball in the back of the net.

That knocked the stuffing out of Kilkerley’s march as from there to the finish, they were outscored: 1-4 to a single point.