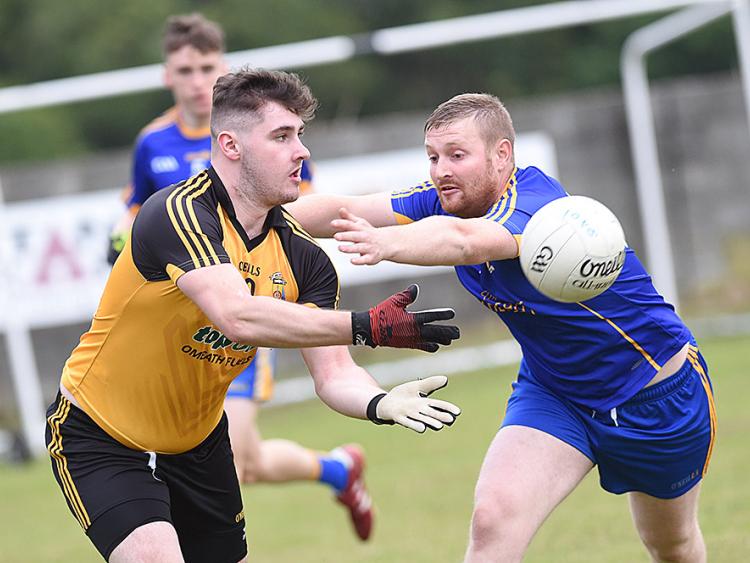 Marc Lugoye top-scored with 3-2 as Wolfe Tones secured second place in group three at Cuchulainn Gaels’ expense at the Grove on Friday night.

The Drogheda outfit were impressive for spells of a first half plagued by rainfall, and took a 2-6 to 1-1 lead to the break.

Jordan Loye hit the first score of the match - a free - from along the sideline for Gaels, but Tones soon found their groove with Lugoye and the impressive Jamie McCormack slotting past Brendan O’Hagan for three-pointers.

A goal from Gavin Mullen cut his team’s deficit to four at one point, but Tones closed the half the stronger and carried their dominance into the second half where they outscored the Omeath men by 3-7 to 0-2. Adam Gartland and two magnificent finishes from Lugoye accounting for the goals.

An early injury to Martin Ward, who left in an ambulance after a lengthy spell of treatment, compounded a miserable night for Gaels.