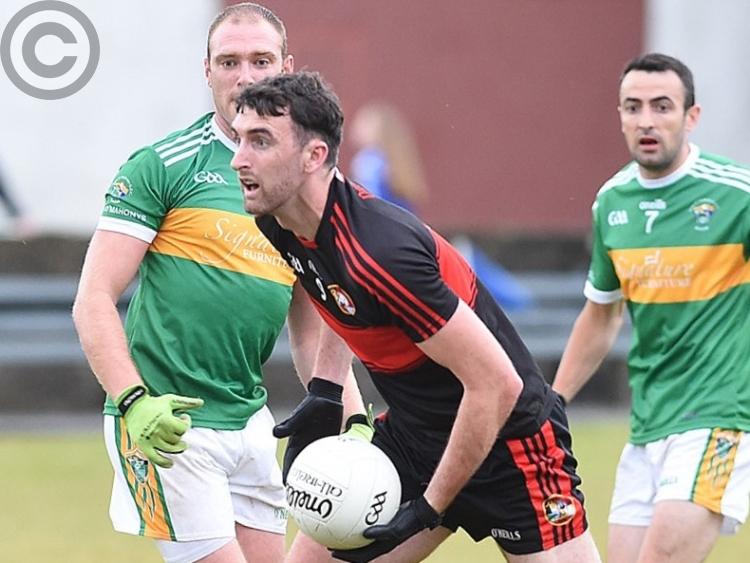 Two goals in the early stages of the second half settled a dour encounter in Dreadnots' favour on Sunday night as Sean O'Mahony's left the Grove on the receiving end of a six-point defeat.

Peter Kirwan was integral in the interchange which led to Liam Shevlin rounding Kevin Brennan and firing to the net for the Clogherhead team's first major, which arrived five minutes into the second half, before he scrambled home another three-pointer after the O'Mahony's 'keeper had spilt James Califf's dropping kick.

O'Mahony's had clung on beforehand, despite Dreadnots always looking to have the edge, but not even they could summon a game-changing comeback having been floored by the two-goal salvo.

The reverse has them needing a victory against Ardee, St. Mary's to ensure progression to the knockout stages for the fourth season on the trot, with the Deesiders having a healthier score-difference.

In fairness, they battled back having conceded the majors, striking six of the closing eight points. But the outcome was never in doubt with James Califf and Shevlin converting stylish points to stem whatever momentum the Point Road men had. It could have got even worse had Darragh Shevlin not pulled a late goal chance off-target as O'Mahony's got caught on the break.

The Quay side had goal chances of their own that they may rue - Stephen Kilcoyne having been unable to take a gilt-edged opportunity at the death which may have allowed them one final pot shot at rescuing a draw, or at least levelling with St. Mary's in the scoring charts (-2).

Having shared the opening four points, Dreadnots gradually took control with two fine Kirwan points following Cathal Lynch's sole register as the lead was stretched to four by the break - 0-7 to three.

On the restart, O'Mahony's attempted to impose their signature move on affairs by lofting ball into the isolated Conor Crawley, who was stationed at full-forward But it was in the opposite goalmouth that the match's significant moments unfolded, moments which proved decisive in Dreadnots' favour.