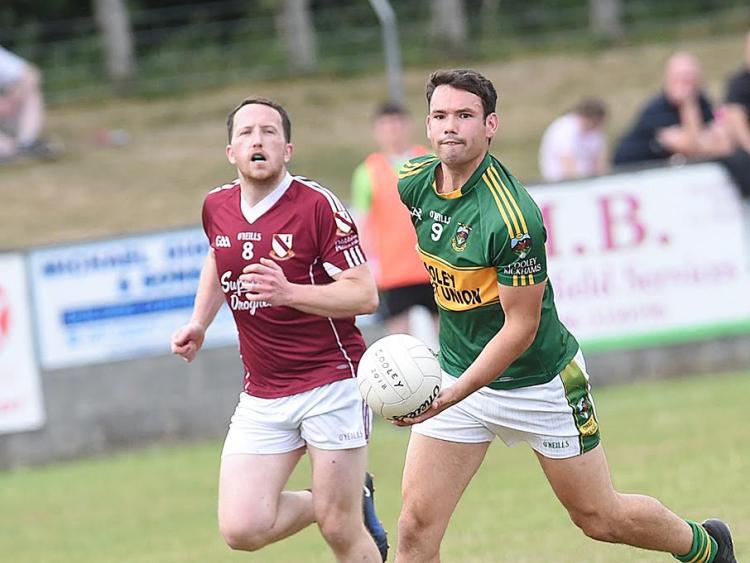 Cooley Kickhams fell to defeat in their second outing of the Intermediate Football Championship in Ardee on Saturday afternoon, but with two matches played their place in the last eight of the competition is secure.

With victors Oliver Plunkett's still to face Glen Emmets, the result of that match will have no bearing on Kickhams’ progress after their opening weekend win over the men from Tullyallen, such is how the three team group system works.

Should Glen Emmets win, Cooley will advance on points difference be it in first or second place in the group.

They can consider themselves fortunate to have their quarter-final place secured given the circumstances and Saturday’s limp defeat at the hands of the Plunkett's, for whom Robert Brodigan excelled and Kevin Keogh top scored.

Last week’s eight point victory saw the Cooley side return to the intermediate grade after 54 years away in a comfortable fashion, but this defeat, in which they heavily relied on the boot of Brian White, brought them crashing down to earth.

They may be considered the favourites for championship success in 2018, but they’ll need to improve when the knockout stages begin. They did begin the scoring, through White and led by two at half-time too.

However, seven of the first nine minor scores in the second half were by a man in Plunkett’s burgundy, helping Michael Matthews' men to establish a lead they would further by the end.

Two White frees – from close range and more further afield – stemmed the tide, but only briefly. Two Morgan scores followed by a superb out-of-hands free from Trevor Walsh put a major between the teams.

Gerry Malone could have almost immediately cancelled out that advantage, but he dragged a goal effort across the square and wide. Fearghal Malone and Emmet Rogan notched Kickhams’ final two scores.

But they struggled to match their opponents. David Lambe, Robert Brodigan, Walsh and Morgan completed the scoring in the final minutes.