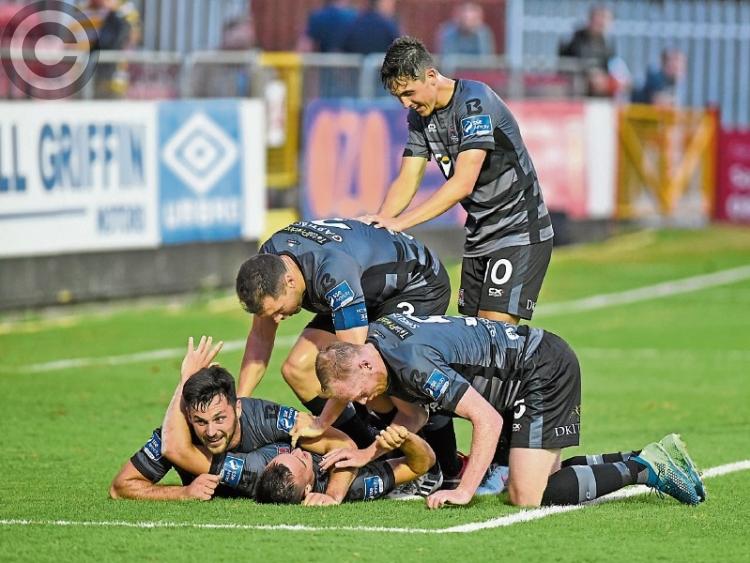 Catching Levadia Tallinn cold in the 21 degree temperature of Estonia on Thursday night could, in theory, prove difficult for Dundalk FC. But the Lilywhites, on a hot streak of 13 consecutive wins in all competitions, will be confident of prolonging a thaw of sorts for Aleksandar Rogic’s men.

Levadia, who currently sit third in the Meistriliiga, haven’t played a league fixture since June 12, when they drew with Kuressaare - the eighth place team in a ten-team division. In the meantime, they stuffed Soccernet 12-0 in the Estonian Cup’s ‘round of 128’ and Nomme United, 4-0, on Saturday. Though, it’s fair to say, their preparation has been far from ideal, game-wise.

So, despite their line-up being likely to include a host of internationals, including the 114-capped Estonia international Dmitri Kruglov at the heart of their defence, Dundalk should have nothing to fear when they enter the European stage for the 21st time under Stephen Kenny’s tutelage.

Trips to eastern European haven’t been overly kind to the Lilywhites, mind. In two visits to Belarus, to face BATE Borisov, and another to Russia, where Zenit St. Petersburg provided the opposition, three losses have been incurred. However, Levadia’s stock should be of a dissimilar standard to those established powerhouses.

In truth, the Tallinn outfit should be weaker to any side the Oriel Park men have faced since opposing Jeunesse Esch of Luxembourg four years ago. The nine-time national champions are without the major domestic title since 2014, having watched cross-town rivals, FC Flora, lift the league trophy twice in the intervening period. Three successive runners-up placings has, of course, guaranteed them European riches in the Europa League, though the monies would have been slender in comparison to Dundalk's income. A 6-2 aggregate loss to Cork City last year ended their march at this hurdle, while Slavia Prague knocked them out on the away goals rule in 2016, after they had overcome FB of the Faroe Islands in round one. Non spectacular to say the least.

But, as Kenny was keen to point out when asked about his thoughts on the draw, personnel has largely turned over from 12 months ago. In essence, Cork’s matches with them suggests little.

“The games between Flora Tallinn and Levadia Tallinn over the years against Irish opposition have been generally tight enough games and we have to respect Levadia. They have a lot of players who have played in the Estonian national team and one of their players, in fact, has 116 caps so they have a pedigree and experience.”

Their top-scorer this term, Roman Debelko, has 16 league goals to his name. On-loan from Karpaty Lviv in his native Ukraine, he netted the opener in their most recent league fixture.

Nonetheless, Dundalk will be confident of following Cork’s example from 12 months ago when they had the tie as much as wrapped up by the time they landed back in Ireland. The Leesiders led 2-0 at that juncture, and if Patrick Hoban - who netted in his last European appearance, against Hajduk Split four years ago - can gain supply, he could be a match-winner at the Kadriorg Stadium, which, incidentally, is the former home of the national team. It houses 5,000 supporters, though, on their 2017 statistics, Thursday’s hosts average just 311 through the gate. Putting this in perspective, according to figures compiled by Extratime.ie, the average top-flight attendance in Ireland so far this season is 2,212, with the First Division tally standing still some way clear of the Tallinn club, at 427.

All-in-all, an away win looks likely with the Lilywhites having too much experience and quality at this level. Whether they’ll have enough of a cushion to book the charter for Cyprus and a second round tie with AEK Larnana remains to be seen, though.

A travelling contingent of around 100-150 is expected from the Emerald Isle for what will be the club’s first meeting with Estonian opposition.