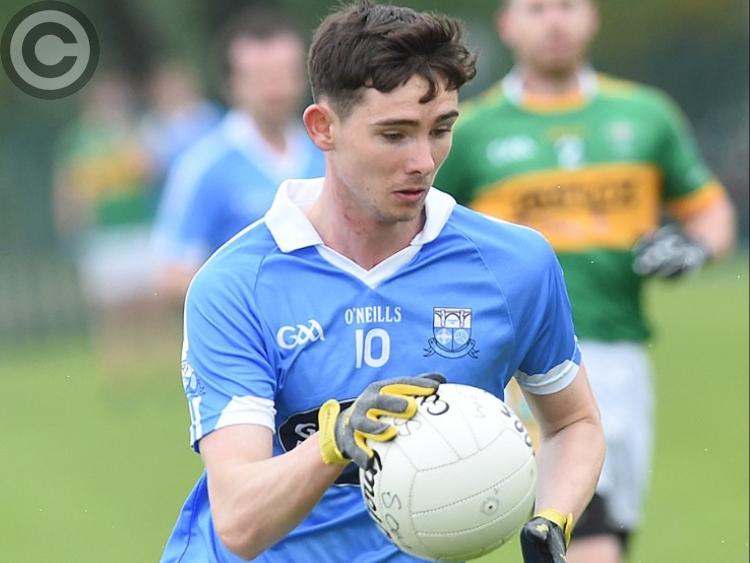 Newtown Blues made it clear that they have no intention of resting on their laurels after easing to a nine-point win over Naomh Máirtín in Dunleer on Sunday evening.

Aside from brief spells in the opening minutes of each half, the Blues were in complete control of this game and a combination of experience, good approach play and some quality finishing ensured they had the game won long before referee Des McDonald’s final whistle had sounded.

The Máirtín’s will be disappointed with their display as they were never able to get into their stride and their main attacking threats, Sam Mulroy, JP Rooney and Conor Whelan, were starved of possession in front of the posts.

Many had travelled to Dunleer in anticipation of seeing the championship burst into life and it appeared that they might not be disappointed when the Jocks responded to an early Andy McDonnell point by taking the lead through Whelan and Eoghan Callaghan.

Conor Branigan levelled on five minutes, but rather than that being the signal for a competitive encounter, it marked the beginning of the Blues’ dominance.

Ross Nally showed his ability with points off his left and right, along with a third from a ‘45, while McDonnell weighed in with another fine effort to make it 0-6 to 0-2 on 15 minutes.

The Blues sensed that the Monasterboice men were rocking at that stage and they went for the jugular when a great steal from John Kermode saw Conor Moore send Nally clear to fire into an empty net. McDonnell and Ciarán Downey pointed either side of a Mulroy free to increase the gap to 1-8 to 0-3 at half-time.

The Máirtín’s showed some spirit at the start of the second half and were given hope when Mulroy fired home a penalty followed by points from John Clutterbuck and Stephen Campbell to leave just three between the teams.

However, any hopes of a revival were quickly quashed as the Blues hit back in style with points from Colm Judge, Downey and Nally. The remaining quarter provided little in the way of interest for the diminishing crowd as scores from Downey, McDonnell and Jamie Kelly sealed the win.