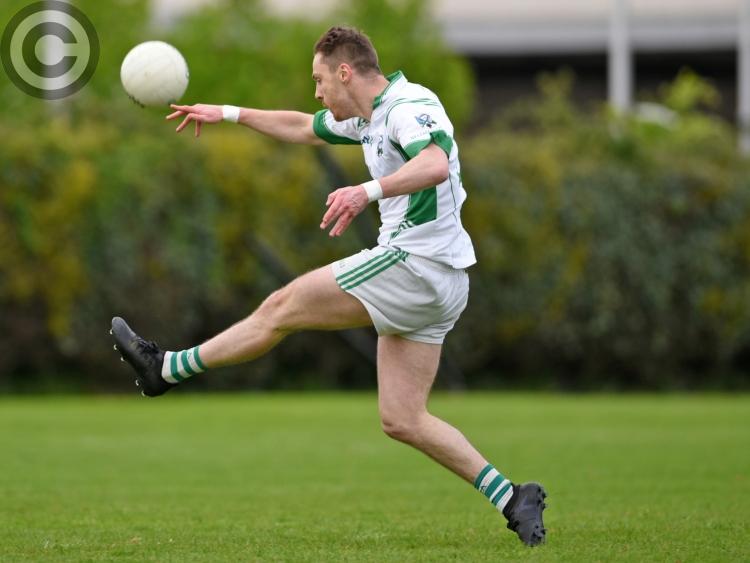 James Craven landed two late points from play as the Gers hauled themselves over the line in a game that threatened to go the way of the Lordship men. Indeed, it probably would have had it not been for Ross Murphy's dismissal with five minutes to play.

The Pat's defender was already on a booking when he tugged on Josh Arrowsmith as he attempted to dart along the bankside of St. Brigid's Park. Referee Stephen Johnson looked content to allow him off with a stern wag of the finger, yet lineman Stephen Murphy got involved and the result was another yellow card.

In essence, the foul was worthy of a yellow, but the manner in which the decision was arrived at was questionable. Though had Murphy not started to man-handle Jim McEneaney as the Gers attacker was making his way off the field earlier in the half, his participation in the encounter wouldn't have come under any such scrutiny. McEneaney was also lucky to have avoided any sort of disciplinary hearing, having taken a mild grip of the Pat's man's throat.

Why such an emphasis on Murphy's sending off? Because it altered the outcome. St. Pat's led 0-9 to seven and were in complete control with Danny O'Connor and Cathal Grogan picking off points at their leisure. They looked to have weathered an earlier Gers revival which saw the Haggardstown outfit reel off three in a row to level at seven points apiece. This after the Pat's had gone to the break ahead, four-three, at the end of a poor opening half.

The loss of McEneaney seemed to derail Wayne Callan's side for a while, but then Craven took the initiative, especially when the numbers were reduced, pointing stylishly from range either side of Shaun Callan's conversion of a match-levelling free. It's the second year in a row that a strong finish has earned the Gers a championship victory over the Pat's.