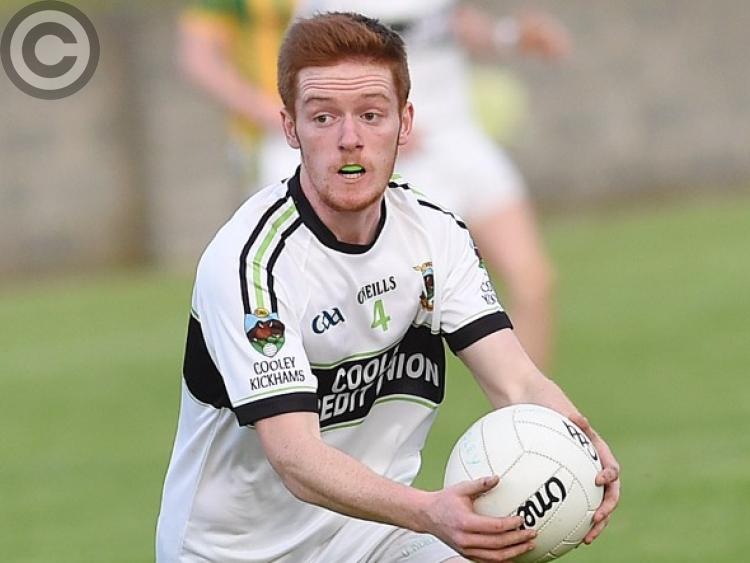 Cooley Kickhams' first championship match outside the senior grade in 54 years produced a comfortable victory over Glen Emmets at Dowdallshill on Sunday afternoon.

Eight-points was the winning margin, though 1-11 of their 1-18 had been tallied before Emmets, who were returning to the Intermediate Championship after a five-season exile, had even got off the mark. Adrian Sheelan's charges now look a certainty to progress to the knockout stages with Oliver Plunkett's to come next weekend.

Ian Cusack converted Emmets' only score of the first half just two minutes before the interval after Cooley had spent an age pulverising them. Brian White opened the peninsula side's account on seven minutes, while Emmet Rogan and Aoghan McGuinness had raised white flags before Rogan picked out the bottom corner of the net.

Kickhams maintained their dominance, so much so that the Tullyallen team's offensive ventures were few and far between. Emmets' ploy of leaving just three forwards up the field had a counter effect as two Cooley backs, Eoin McDaid and James O'Reilly, registered having darted forward.

With the spoils tucked away, the winners were far less imposing after the break and as they sulked through the motions, Emmets put some respectability on the scoreboard. Star men Ronan Grufferty (3) and James Butler (2) capitalised, with wing-back Jamie Gilkes adding another, though thoughts of a comeback were restricted to the fanciful few.

The diminutive Cusack, a goalscorer in last year's Junior Championship final, found the net for a second time in added-time. The goal may have had little consequence over the result of this particular fixture, but with Plunkett's to come in what is likely be a group decider, their scoring differential could be key. Hence, from that point of view, cutting the losing total, which had stood at 14 at one juncture, to eight was a worthy effort.