Could it be that Joe Carroll foresaw last night's Belgian result! - his man Fellaini did the business after all 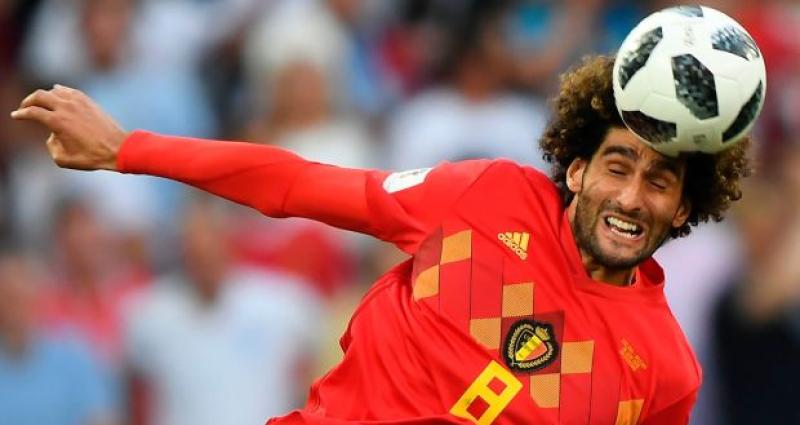 It was down to the heavy stuff at the World Cup finals over the past few days. The Second Chance Saloon was open for the 16 teams still standing after the preliminaries - right now it's closed to six of those. This evening there'll be two others on the outside looking in.

The game between France and Argentina was something else, a seven-goal contender for one of the World Cup's greatest ever. Forget about defensive set-ups being good to watch; it's goals that make matches, and this had them in abundance, nearly all of them spectacularly taken.

It's sad that Lionel Messi's career will in all probability end with him failing to win the biggest international honour of all. Should that happen, those on Pele and Maradona's side in the debate of the game's greatest will be claiming victory. But should a World Cup medal be the be-all and end-all? Or, indeed, have forwards an unfair advantage over defenders, midfielders and poor old goalies? Others who sometimes get a mention, the likes of Cristiano Ronaldo - remember him? - Eusebio, Cruyff and Puskas, also traded in goals. But Dino Zoff, Lev Yashin and Gordon Banks 'kept goals' and were excellent, and Bobby Moore, Beckenbauer and Gerson played around the middle of the park, powerful creators as well as defenders.

Inside Track's choice for outright honours were out at 7 o'clock yesterday evening. By then, this issue had gone to bed. It will come as a surprise, not to mention a shock, if Belgium haven't beaten Japan. (*They didn't, but they almost did)

The preliminaries went well for the Walloons. Tunisia and Panama were taken care of with some ease before last Thursday night's clash with England. What would have been a serious encounter had both not already qualified for the last 16 was nothing more than a bout of shadow boxing. Okay, so there were guys on both glorified reserve teams fighting for their place, 'our' man Fellaini (inset) among them. But with everything already done and dusted, intensity was mentioned more often in the studio than it was displayed on the field. And bear in mind, Inside Track took in only a few minutes of the after-match chat.

IT must have it all wrong about Marouane Fellaini, which shouldn't come as a surprise since it was here Mesut Ozil was once tipped up as either a strong candidate for the Premier League's leading scorer or player-of-the-year. Can't remember which. But, whichever, the wee German has only been ordinary in the Arsenal red and not even ordinary in his national team's colours.

Fellaini was only a bit-player for Manchester United last season, but has since had his contract extended, keeping him at Old Trafford until 2020. An even bigger surprise, however, was his inclusion when Roberto Martinez trimmed his Belgian World Cup squad to a final 23. He got a game against England the other night, and did a fair bit of fouling.

That said, there'll be no complaints from this quarter if, on the 15th of this month, MF is there to nod in the winner, giving little Belgium the biggest prize in football. That's assuming the lads in the coloured jerseys are still standing after yesterday evening.