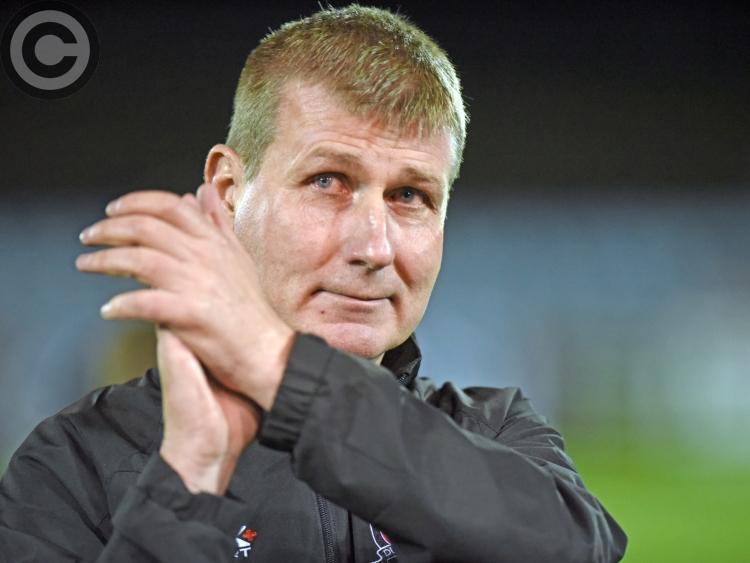 Dundalk FC made it eight wins on the trot with a 4-0 victory at the Brandywell Stadium tonight. The Lilywhites have now scored 55 goals in 22 games against Derry City under Stephen Kenny.

Robbie Benson, Dylan Connolly, Patrick Hoban and Michael Duffy were on the scoresheet for the visitors, who could have claimed an even more handsome tally of victory had it not been for some inspired home defending.

While Kenny Shiels' men were competitive, the visitors controlled the match despite not making the breakthrough until four minutes before the break when Benson scored against Derry for the third time this season. However, the manner of the concession will have irked the hosts as 'keeper Ger Doherty allowed the ball to squirm under his body at the near post.

Beforehand, Derry had gone closest through a rangy effort from Aaron McEneff, but, having conceded just shy of the interval, the outcome looked a foregone conclusion.

The Lilywhites, showing three changes to their starting line-up from the win over Limerick, with Dane Massey, Chris Shields and Jamie McGrath returning in the places of Dean Jarvis, Karolis Chvedukas and Krisztián Adorján, cut loose after half-time. Connolly drove past Doherty on 61 minutes after Hoban's header had cannoned the 'bar, before the latter capitalised on some good fortune inside the area, rifling home goal number three after the ball fell kindly at his feet. The forward had a later effort ruled out for offside as well.

But the goal of the night was reserved for the hometown boy, Duffy, who powerfully found the top corner from an acute angle.

Rory Hale went close to a consolation for Derry at the opposite end, yet Gary Rogers wasn't to be beaten - the veteran 'keeper having acrobatically clawed Hale's header off the mark.