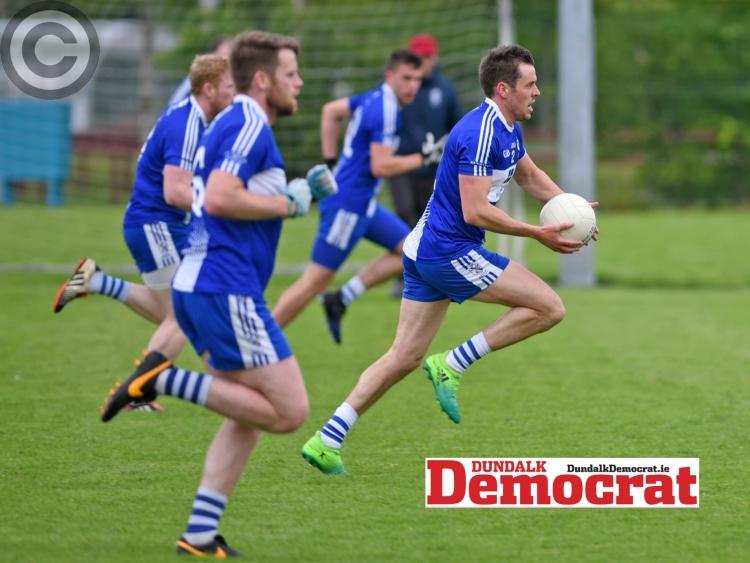 Dundalk Gaels dropped to the foot of the table and maintained their run of seven matches without a win against Mattock Rangers at the Ramparts on Friday night.

Despite starting brightly and leading 0-5 to 0-1, with Gerard McSorley among their early scorers, Mattock came back into contention and the Collon side finished the half with five of the closing six points. Emmet Masterson's point for Gaels handing them a half-time lead.

Gaels led 0-6 to five at the turnaround, but they found themselves trailing for the first time when Mattock substitute Ronán Kilbane scored the only goal of the game in the early stages of the second half.

However, when McSorley, Jason Clarke and Masterson found range, Malachy O'Rourke's team were now a point ahead.

Mattock then edged in front before points from Seán Murray and Éanna McArdle had the home side on course for the points.

But the men in red earned a share of the spoils in the closing minutes when Ben McKenna registered his fifth point of the contest.

As a result, Mattock have consolidated their top-four placing, whereas Gaels face Sean O'Mahony's and Clans in successive 'must-win' matches.