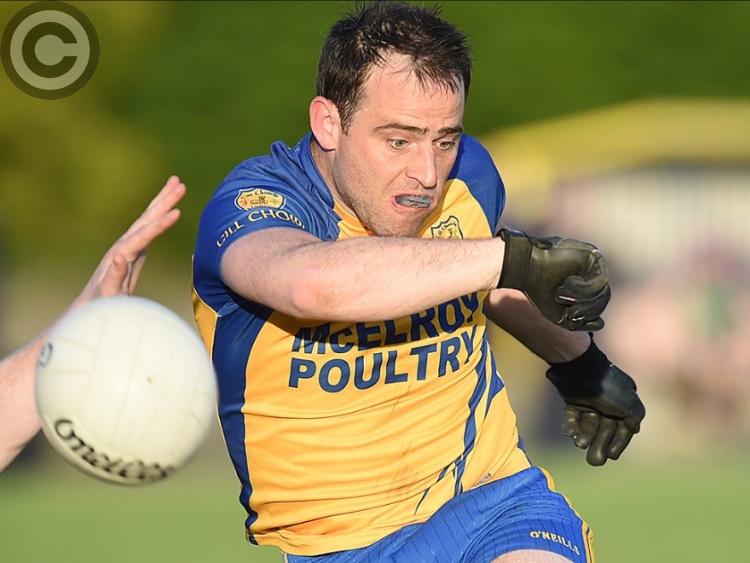 Hunterstown Rovers suffered their first defeat of the season as Kilkerley kept themselves firmly in contention on Sunday.

An excellent first half display set the visitors up for this victory, but Emmets were pushed all the way as the home side rallied in the second half.

Hunterstown opened with two points from Alan Landy, yet Emmets hit back and three points from Tadhg McEnaney along with Shane Lennon netting put their side ahead.

The home team then hit four through Landy (2), Ryan Burns and Conor Matthews with McEnaney replying by raising a white flag.

However, Kilkerley then got on top and Dan McKeown hit the net to help his side lead by 2-9 to 0-6 at the break.

Lennon pounced for a third goal early in the second half before goals from Paul Carrie and Brendan Lennon helped get Rovers back to within a point.

However, points from McEnaney and Darren Litchfield helped Kilkerley hold out for the win.