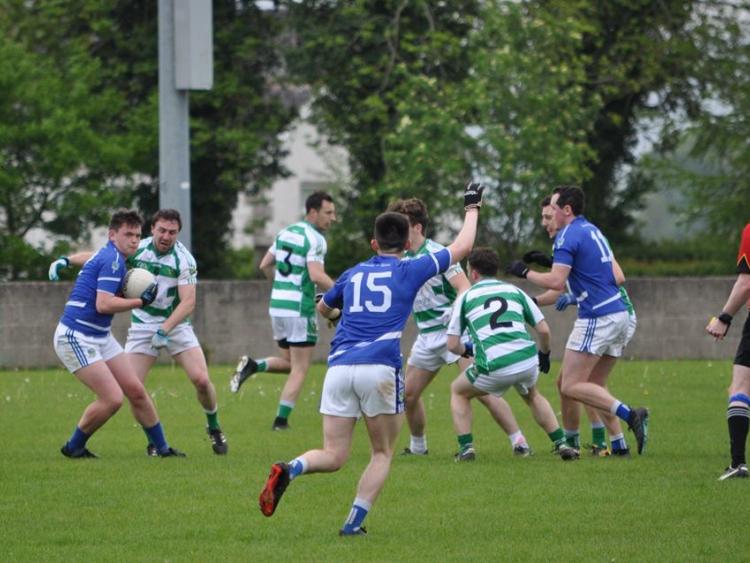 Action from Roche Emmets vs O'Raghallaigh's.

O’Raghallaigh’s have the only unblemished record in Division Two, but only after coming from behind to defeat Roche Emmets in Rathduff on Sunday afternoon.

The Faughart side appeared to be on their way to a very important win when they led by five points at the break. However, O’Raghallaigh’s came storming back in the second as goals from Rúairí Moore and Barry Flanagan saw them make it seven from seven.

Roche began in confident mood and Barry O’Hare struck 1-5 to put his side in command, while David O’Connell added a goal to put Niall Callan’s men 2-8 to 0-9 ahead at the interval, and on course for only their second win of the league campaign.

However, O’Raghallaigh’s responded well to the challenge and prevailed thanks to a surging second half display.