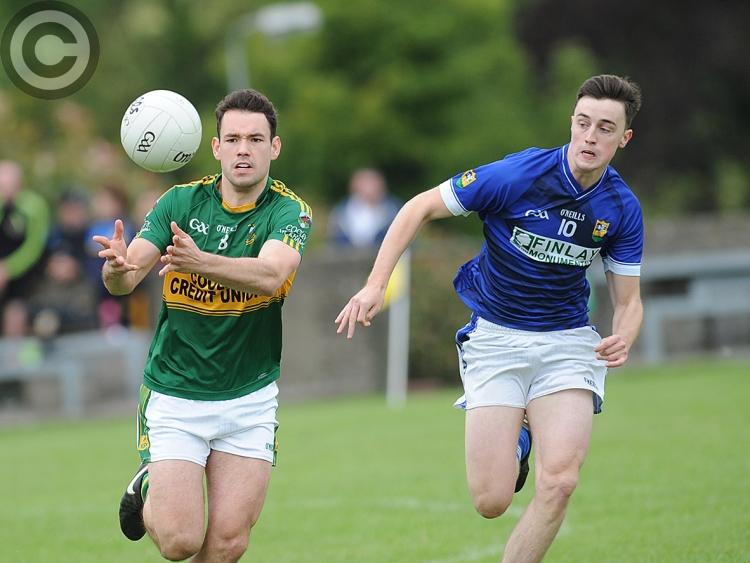 St. Mary’s maintained their push for a top four position as they picked up their third win of the campaign in Fr. McEvoy Park on Sunday afternoon.

The Ardee men made a stunning start as a goal from Paudy Clarke (inset) on five minutes was followed by a three-pointer from Jamie Rooney to help the visitors lead by 2-4 to 0-1 after 10 minutes, with Michael Rafferty scoring Cooley’s only point.

The home side did manage to settle in the second quarter and with Emmet Rogan helping himself to three points, they cut the gap to 2-7 to 0-7 at half-time.

Cooley were hoping to continue that momentum in the second-half, but it was St. Mary’s who made another bright start as Conor Keenan got in for this side’s third goal to effectively put the game beyond the hosts.

The peninsula side battled to the end and hit the net through Peter Thornton, but it wasn’t enough to deny St. Mary’s a deserved victory.