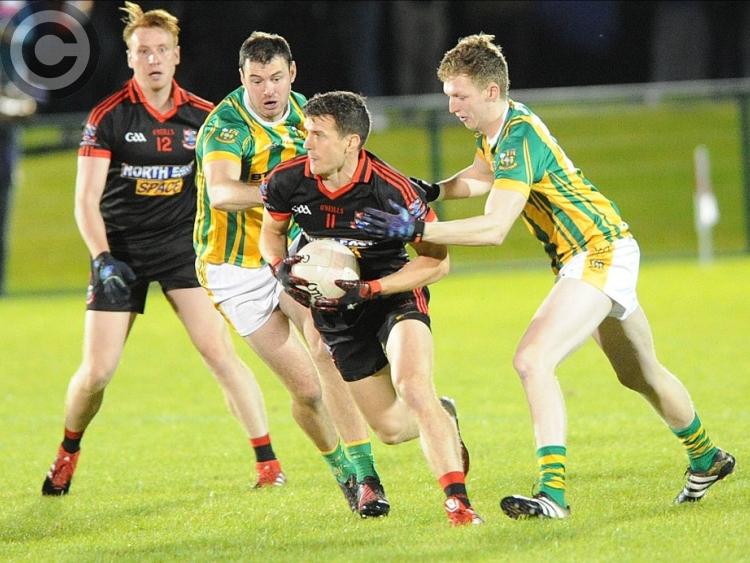 A late David Reid goal helped Mattock Rangers clinch their fifth league victory on Sunday as they remain in joint-second place in the Division One table.

The game in Collon saw the Dundalk men in contention for quite a while, but they were unable to avoid a third successive defeat that now leaves them seven points adrift of Newtown Blues at the top.

The opening period saw the teams well matched in terms of possession, but it was Mattock who were leading at the break, 2-8 to 1-7, thanks to goals from Aaron O’Brien and Brendan Leacy. JJ Quigley replied with a goal for the Clans.

It remained a tight contest in the second half, but Mattock refused the surrender the lead and Reid’s goal in the closing 10 minutes ensured that they earned maximum points.