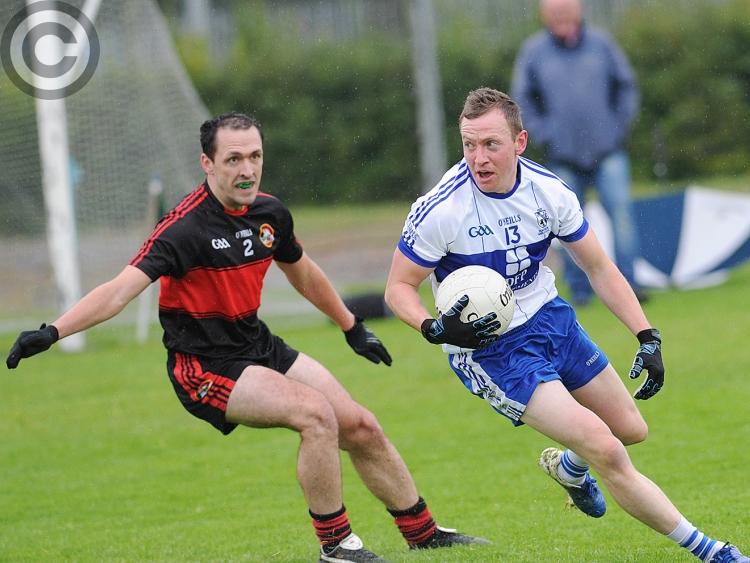 Dreadnots kept pressure on the Blues ahead of their clash on Saturday evening in Drogheda with a convincing win over the Dundalk Gaels in Clogherhead.

Cian McEvoy’s point on the stroke of half-time saw the Dreadnots go in 0-11 to 0-6 at the break with Éanna McArdle’s the pick of the Gaels attackers.

Smith added his second after the break before a controversial point from Cathal Lynch in the sixth minute saw the Gaels goalkeeper, Joe O’Donoghue, sent to the line.

The Dundalk men hit back with the next two scores before Liam Shevlin scored two points from play in the 15th minute.

Smith stamped his authority on the second half with the next four scores for the Dreadnots, including three great points from play.

McArdle brought his tally to nine for the game, while Emmet Masterson added three for the Gaels.

Peter Kirwan scored the Dreadnots’ last point in the 30th minute to round off a good day for the Seasiders.