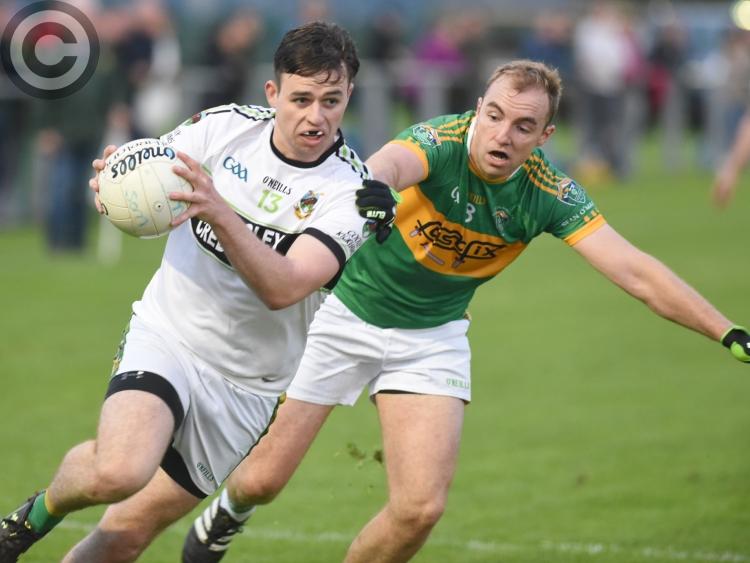 Sean O'Mahony's ended a run of three defeats on the trot on Tuesday night, defeating Cooley Kickhams by the minimum on the Point Road.

Paul McLaughlin's charges led 0-7 to 0-4 at the break, however, Kickhams had the better of the second-half scoring, helped by a goal from Gerry Malone, and went close to repeating last year's victory at the Quay venue.

Stephen Kilcoyne top-scored for the winners, shooting 1-5, as he combined with Ben McLaughlin, himself a scorer of three-points, to lethal effect. The ever-reliable Conor Finnegan also chipped in with a brace.

For Cooley, Michael Rafferty was their two-goal hero in Saturday's comeback victory over Geraldines. The winger again distinguished himself, this time scoring four-points, while Louth panellist Fearghal Malone found the target twice from centre-field.

O'Mahony's, however, prevailed to move onto six-points and jump two places to sixth in the table. Kickhams remain one-place above the relegation play-off spot, in 10th.