The Lilywhites fell behind early on before launching a stirring comeback 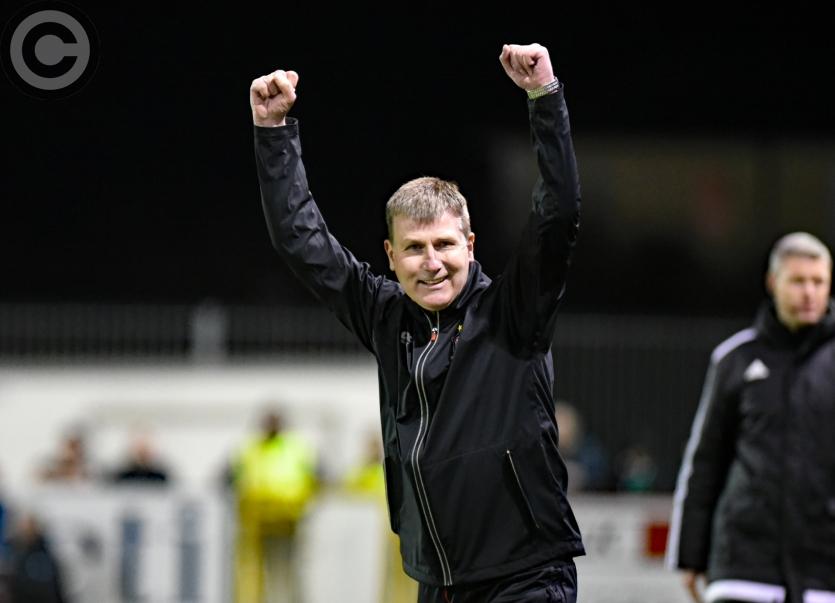 Dundalk FC manager Stephen Kenny was pleased with the character shown by his side in last night's impressive 4-1 victory over Derry City at the Brandywell.

Having fallen behind early on, the Lilywhites struck twice in either half to condemn Derry to their first home defeat of the season.

Indeed, the spirit the visiting players showed to come back was something Kenny spoke about post-match, saying: "The players showed a lot of character after going a goal down. It was a great response and we're delighted to win 4-1."

He added: "Ger Doherty (Derry 'keeper) pulled off some outstanding saves, as he did in Oriel Park, a couple of unbelievable saves. We found ourselves a goal down, Derry are very good in possession and they kind of controlled the game. We're not used to that.

"But we had a bit of cutting edge in our play and we created a lot of chances tonight."

Brian Gartland scored the equaliser, heading home from a corner-kick, before Robbie Benson, Michael Duffy and Krisztián Adorján got their names on the scoresheet.

"It was a difficult situation to be in, 1-0 down with the crowd and the 100% record, but, obviously, the goal (the equaliser) was crucial, Brian Gartland's header.

"We have not been scoring the goals from set-pieces that we're capable of and we're acutely aware of that so it was important to get that goal.

"The goals were very good overall and a credit to the players."

Kenny made three changes to his line-up from Friday's victory over Sligo Rovers. Jamie McGrath, who assisted Benson's goal, which put Dundalk in front, was one of those included and his manager spoke highly of the attacker, amongst others.

"We're rebuilding the team after winning three league titles and five young players who we're after bringing in last season, George Poynton, Michael Duffy, Dylan Connolly, Jamie McGrath's just turned 21 and Seán Hoare, all came in and you can see their progression. They look like good players.

"They took a little bit of time to settle in last season, they all had good second-halves of the season, and you can see now that they're coming. They're all U23 and all good players."