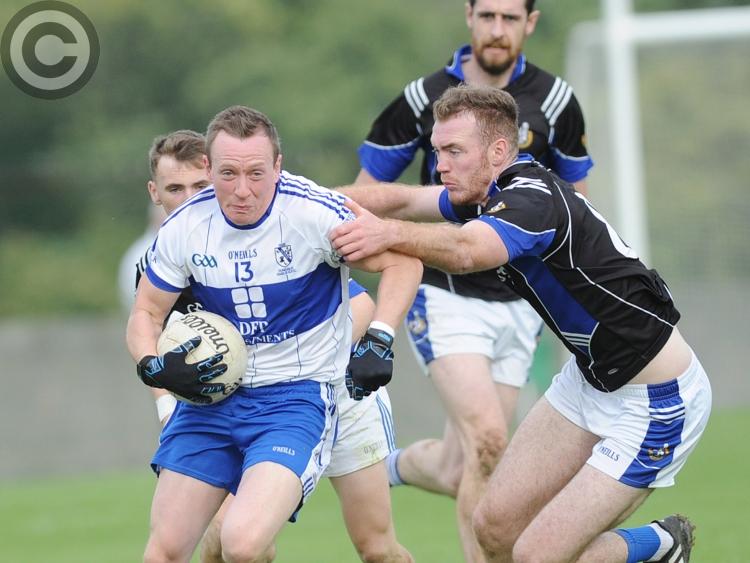 Naomh Máirtín moved into joint third place in the table when they got the better of Dundalk Gaels at the Ramparts on Friday night.

Two second half goals from Sam Mulroy and John Clutterbuck proved decisive as the visitors returned down the motorway with their second win of the campaign.

The Gaels produced a good defensive performance in the first half to restrict the Máirtín’s and despite the visitors having the majority of possession, they could only manage to take a 0-4 to 0-3 lead into the break.

The second half proved a different story as the Monasterboice men began to find more space in attack. Naomh Máirtín started very brightly and early in the second half, the impressive Sam Mulroy scored a goal after great work from Paul Berrill to set up the move.

The Gaels kept plugging away with points of their own, but the game was effectively sealed when John Clutterbuck broke forward from wing-back to finish a flowing move with a goal.

A few points followed from both sides, but, at this stage, the score line was very favourable for the Jocks who saw good performances from Gavin Mooney, Stephen Campbell and Adam Winters.