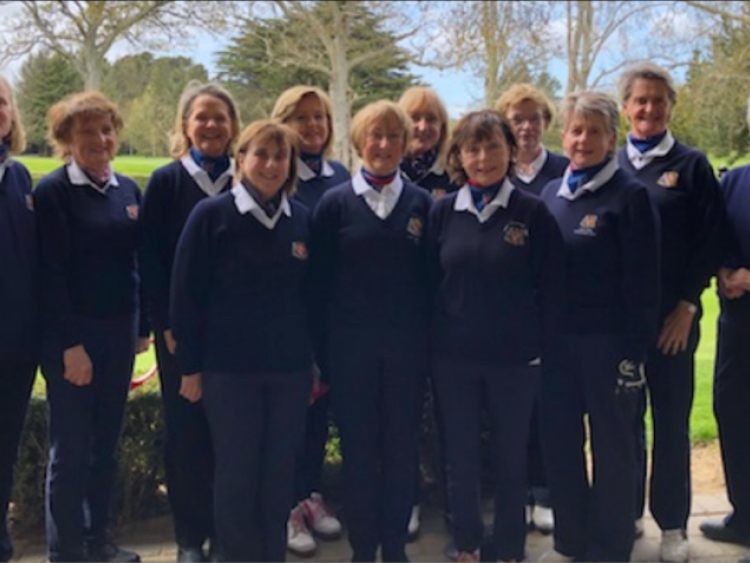 Dundalk ladies produced a superb performance in the Mary McKenna Diamond Trophy last Friday when they travelled to Donabate and beat the hosts 3-0 to advance to the next round.

Donabate is the home club of the legendary Irish international and Curtis Cup player and captain after whom this prestigious competition is named so there was no doubt that the hosts were going to be up for their match with Dundalk.

Donabate also had the advantage of having all five foursomes matches being staged over their impressive course following a change to the rules of the competition this year but team managers Mags Coburn and Rita Moriarty had their players well prepared for this formidable task.

That gave Dundalk the three points they needed to secure victory and so the matches involving Anne Murray & Mary Dooley as well as Oonagh Quinn and Catherine Smyth were called in.

Things did not go so well for the other Dundalk team in action over the weekend as the Irish Mixed Foursomes team lost 3.5 to 1.5 to Greenore in their second round tie.

The key match turned out to be the third one where Theresa Connolly and Mark Gorham went the distance but lost by one hole.

Dundalk’s only winners were Mags Coburn & Conor Curran who won 3&2 while there were defeats for Anne Murray & Eddie Rogers and Ann King & Clem Walsh. Bernie McGuinness & Pat Purton were called in while on the 16th.

Saturday also sees the North Leinster Mixed team starting their 2018 campaign at 3.15pm against Royal Tara with three matches at home while the Revive Active team are in action at 2.45pm.

On Sunday, the men’s Barton Cup team meet Headfort in the second round at 3pm with three matches at home and two away while Sunday also sees the Mr and Mrs team in action as they bid to win a trophy they last held in 2016.