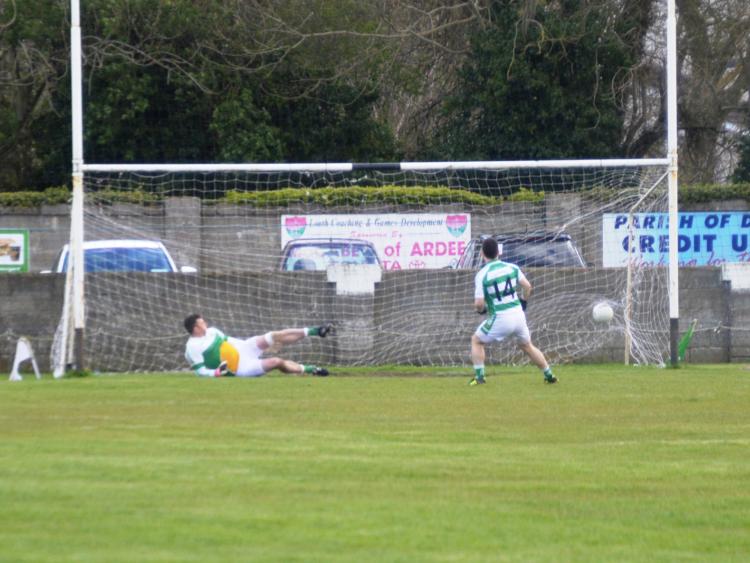 Ben Rogan emerged as the scoring hero for O’Raghallaigh’s as he bagged all four goals in their victory over St. Joseph’s in Cluskey Park.

Rúairí Moore opened the scoring for the O’Raghallaigh’s with a point in the first minute, but the Joes hit back through Alan Lynch, Jack Mulligan and Craig Doherty.

However, the Drogheda men responded and when Rogan scored the first goal of the day from the penalty spot on 17 minutes, his side were leading by 1-1 to 0-3, before adding points from Rogan and Barry Flanagan.

The Joes levelled through Alan McKenna, Lynch and Killian Staunton, but Moore had the final say of the half as he pointed to put the O’Raghallaigh’s 1-4 to 0-6 up.

The visitors tightened their grip on the game when Rogan added his second goal just after the restart to move six clear.

With the help of three points from Craig Doherty, the Joes got themselves back in the game, but they suffered another setback when Rogan got in for his third goal of the afternoon on 55 minutes. With a minute left on the clock, the full-forward added a fourth goal.